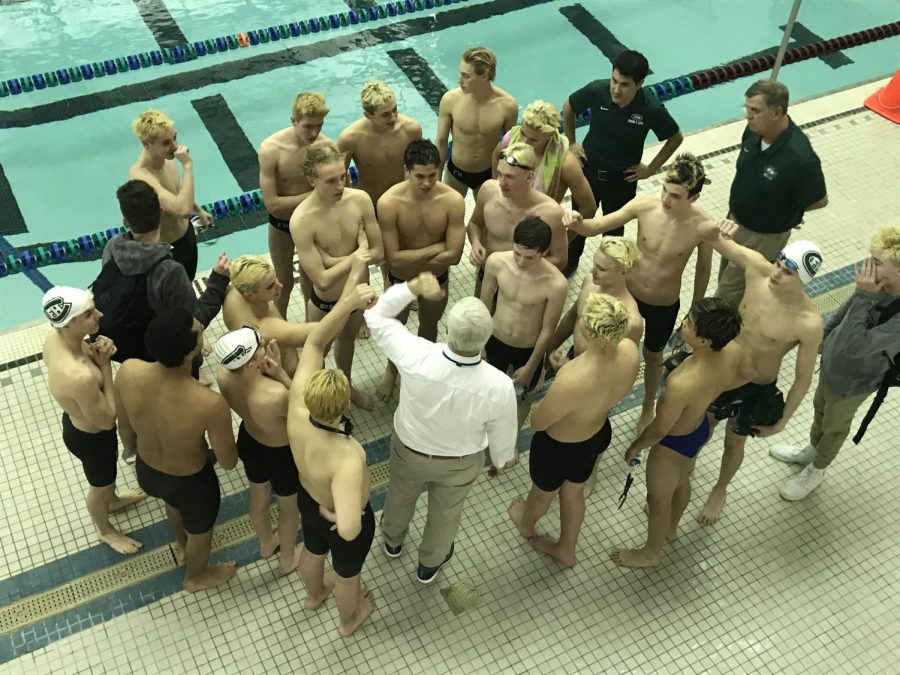 The boys swim and dive team had a great victory against a tough opponent in Spring Lake. This is yet another win in a string of tough matchups as the Rangers continue to prove themselves in their first season as an individual team. This brings them to the beggining of the end of the season, with the MISCA invitational being the next meet.

The meet began with a win in the 200-yard medley relay. Junior Josh Stevenson, sophomore Benji Zorn, junior Avery LeTourneau, and senior Dani Ahmetovic got second with their time of 1:44.35. Following this up was another second-place finish from senior CJ Hier with his time of 1:51.80. Behind him were senior Ben Rogala and Kyle Carter, who took third and fourth respectively. Freshmen Gavin Cai and Isaac Stewart took second and third in the 200-yard individual medley with their times of 2:14.31 and 2:17.95. Despite not getting first in these races, the Rangers scored well because they took almost every second and third place.

This was a tough meet, and the Rangers were up to the challenge. Next meet, the Rangers who secured the times to qualify will go into the MISCA invitational meet. That meet will consist of some of the best swimmers in the area, so the Rangers will have to be at the top of their game.