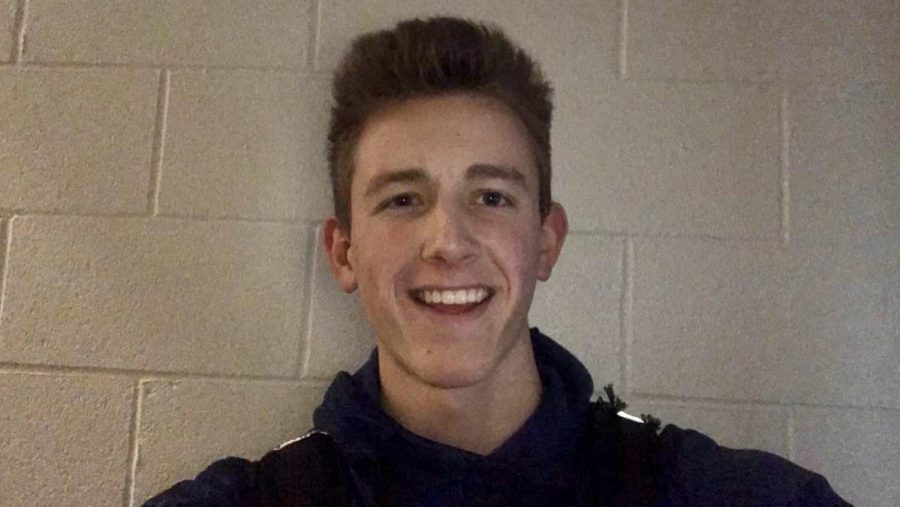 From the roaring basketball courts to the intense tennis courts, junior Chris Battiste has always been in love with sports and everything they have to offer. Growing up as an athlete, Chris has learned the importance of sportsmanship, dedication, and passion in his life.

Beginning at age six or seven, Chris found himself passionate about tennis. Taking after his father, an impressive player himself, Chris began practicing and improving his skills as a tennis player.

“My dad was very good at tennis back in the day,” Chris said. “I started to enjoy spending that time with him.”

After spending hours of his time with his father on the tennis court, Chris was able to recognize the importance his father holds in his life. As his biggest inspiration, Chris’s father has always been one of Chris’s biggest sources of motivation.

“My biggest motivator would be my dad,” Chris said. “He is always pushing me to be the best I can in any aspect of my life—in sports and as a human.”

This year, Chris is an important member of the varsity basketball team in addition to the tennis team. Although he is passionate about each sport, he certainly has preferences about basketball that make him want to pursue playing in the future.

“I prefer basketball because it offers more of a team atmosphere,” Chris said. “You really get to bond with a lot more people and get a lot closer to them.”

As a member of the basketball team, Chris gets to play in front of huge crowds of fans. The cheering and support from students and parents are one of his favorite aspects of the game, making playing basketball one of the highlights of his life so far.

“Playing in front of the student section is something I’ve always dreamed of,” Chris said. “Now I get to. The hype is unreal. The noise is crazy, and the people are always rowdy. There is nothing better.”

As Chris progresses and improves as a player, he looks forward to what his future with basketball may resemble. His passion and admiration of the sport will likely carry over into his college years, but he is still considering his options.

“I would love to play a sport in college,” Chris said. “Preferably it would be basketball, but I am open to all options, and my dream school would be Hope.”

Although his future is undetermined, Chris has already had many opportunities in regards to his athletic career. Throughout the years, Chris has been able to travel all around the country playing the sports he is passionate about.

“Due to playing sports I have been able to travel all around the United States,” Chris said. “I have played basketball in Philadelphia and all the way to Vegas.”

Even though Chris chooses to mainly focus on perfecting his skills in basketball and tennis, he still enjoys the aspects of many other sports. In addition to the sports he plays currently, Chris has expressed his interest in other contact sports.

“I would play football if I could do another sport because it seems like an awesome contact sport that you get to enjoy with all your friends who are athletes,” Chris said. “A lot of my friends play it now, and they love every second of it.”

Through the countless hours Chris has spent focused on becoming a better athlete, he has learned many important lessons that will help carry him through the rest of his life. From commitment and determination to admiration and respect, Chris has inherited many traits that shape who he is as a person.

“Playing different sports has taught me to possess sportsmanship,” Chris said. “No matter what the outcome is, we are all human and deserve respect.”

The years of hard work that Chris has put into perfecting his athletic skills clearly are expressed through his personality. With each new experience and every new situation, Chris is always prepared to put his all into everything he does.

“Throughout my life,” Chris said, “I have learned to show up with the mentality that you are willing to work harder than the person next to you in order to get what you deserve.”