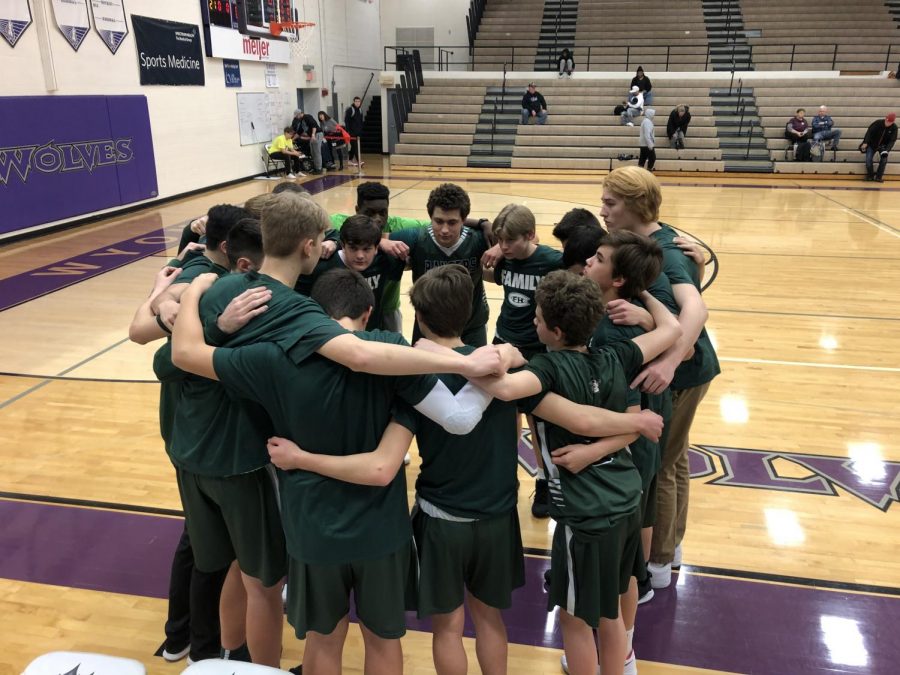 Sam Sneider led the boys freshman team this past Thursday with 16 points. His dominance around the rim helped boost the Rangers to a 67-34 win over the Red Arrows of Lowell.

The boys started slow, only leading 12-11 after the first quarter.

“We came out really flat, especially on the defensive side. [We] Didn’t rotate well, gambled for steals, and did not communicate,” Assistant coach Matt Ellis said.

Coach Adam Monroe and Matt Ellis challenged the team to step up with its intensity and effort all around the floor. This led to a burst of energy out of the team only allowing 6 points in the second quarter to end the half winning by 17 points.

Sam was a large part of that lead putting up 10 points in the first half, with 6 more to continue in the second half.

“[We] got a big boost from Sam today. He played his best game of the season today,” Head coach Adam Monroe said.

This improves the Rangers record to 12-3 on the season, 8-1 in conference play. Next on the schedule is Ottawa Hills on Tuesday, February 18. This is a must-win game if the boys want to keep their conference title hopes alive.

“We need to continue that same defense intensity to Ottawa and Northern next week if we want to win the conference,” Monroe said.