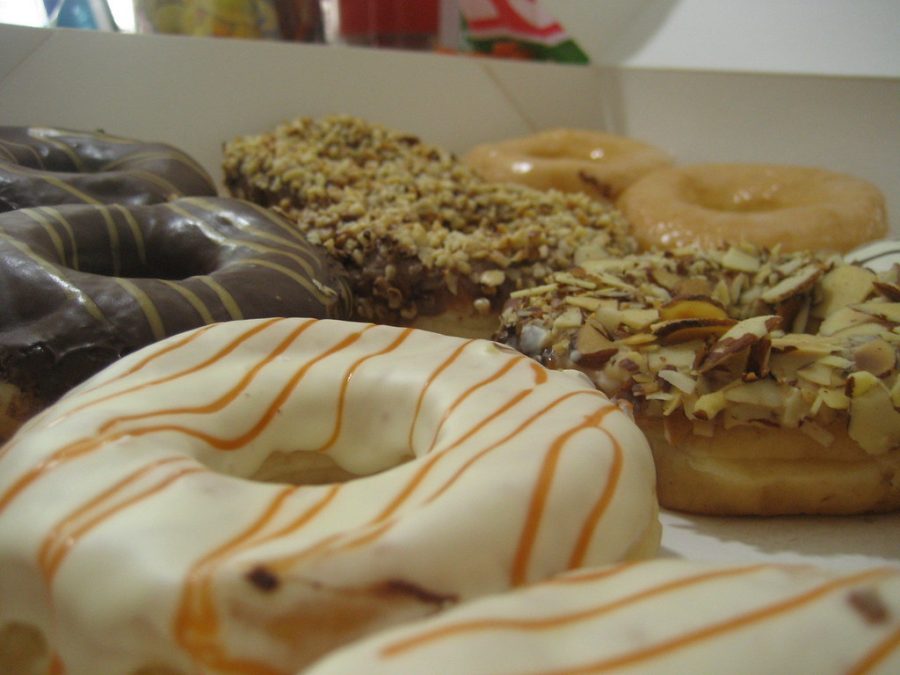 On Thursday, February 20, the cafeteria was greeted bright and early by the tired faces of FHC’s academically successful students. Lined with tables decorated with an impressive arrangement of delectable donuts, flavorful fruits, and bracing beverages, eligible students are encouraged to treat themselves to breakfast—as a reward.

The ABC Honors Breakfast is held to acknowledge the hard work and endless effort of FHC’s honor roll students. With an invitation to any student in the building who earned a 3.3 GPA or higher for the 2019 fall semester, holding the event can obviously be pricey.

“It’s not like a sit-down, formal breakfast,” principal Steve Passinault said. “In general, even though it’s not like a huge deal, it’s some way to say ‘Congratulations’ to the students who have made honor roll for the first semester.”

Junior Autumn Burns has made honor roll for each semester she has been in high school; therefore, she has proudly attended the ABC Honors Breakfasts that were held her freshman and sophomore years. Receiving recognition for her academic efforts further encourages Autumn to excel in school.

“I just feel really proud of my accomplishments,” Autumn said. “It’s called honor roll for a reason: it makes you feel good about yourself.”

Besides the perk of being generously served a free breakfast, Autumn has attended the ABC Breakfast to see her dad who regularly volunteers at the event. With a parent present at the event to share in the glory of her academic accomplishments, Autumn has further enjoyed her two experiences at the annual breakfast.

“I like getting the food in the morning, and they serve donuts, so that’s definitely a highlight,” Autumn said. “[My favorite part] is seeing my dad in the morning.”

Junior Brendan Wilson has also been a part of honor roll for his five semesters in high school, and he has also attended both of the breakfasts he has been invited to.

“I don’t think much of it,” Brendan said. “It’s nice to get a donut and drink right after zero-hour because I’ve had a zero-hour every year before the honors breakfast.”

Since Brendan participates in a zero-hour class, he arrives at the breakfast later than most; therefore, the food is sparse upon his arrival to the cafeteria. Nevertheless, Brendan has been able to satisfy his hunger year after year.

Autumn also agrees that the honors breakfast is a positive outlet to appreciate the talent FHC students consistently show in academics.

“It’s just another reward you get for working hard and keeping good grades,” Autumn said.

Autumn is motivated to maintain her position on the honor roll through the support of her parents and the fact that she desires to pursue a career in medicine in the future. She believes the breakfast is a simple, fitting way to reward FHC’s honor roll students.

“You get to see some of your friends and everyone who is also working really hard and is on the honor roll,” Autumn said. “It has some good food there. It’s a good breakfast and a solid meal.”

Nothing exactly motivates Brendan to maintain his position on the honor roll; nevertheless, he appreciates the recognition he has received for keeping impressive grades in school. Brendan is also appreciative of the outlet the breakfast provides for him to meet other students who share the same success in school.

“People should go to get recognized for their hard work in class,” Brendan said.