The Last Summer prematurely put me through leaving for college 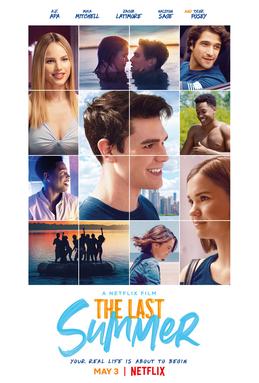 Roughly fifteen months from now, I will be done with high school. I will know where I’m going to college. I’ll have some idea as to what my life is going to look like for at least the next four years. Essentially, I will be participating in a three-month-long last hurrah before leaving Grand Rapids behind.

My soon-to-be reality—the final summer before college—is what the Netflix movie The Last Summer covers in under two hours. Featuring a broad and impressive cast, The Last Summer takes its viewers through the conflicts of maintaining relationships and friendships during a summer that precedes such significant change.

The first pair, Griffin and Phoebe, meet at a party: the first scene of the movie following the introduction of each of the protagonists and most of the main characters. Phoebe is an inspiring filmmaker, and she realizes Griffin is a viable interviewee to include in her film. The two bond over producing the film; ironically, the film covers the differing opinions involving whether or not high school relationships can last in college.

The second pair, Alec and Erin Sinclaire, mutually agree to end their relationship at the same party that Griffin and Phoebe first meet at. Pessimistic and having an “end date” to their relationship—the last day of summer—the pair decides to pull the trigger and become friends towards the beginning of the summer instead. However, jealousy is created when both Alec and Erin realize that the other has moved on to another person.

The last pair, Audrey and Lilah, seem to find each other at the perfect time. Audrey is used to settling in life, and Lilah lives a fairly extravagant life for a child; therefore, Lilah is able to show Audrey what she deserves while Audrey teaches Lilah how to live spontaneously and drift from her mother’s toxic control.

With all of the character pairs and various main characters that The Last Summer incorporated into one movie, the plot of the movie was chaotic and events were completely jumbled together. Through jumping from pair to pair, the experiences of each character, the connections between each of the characters, and how their summers all intertwined were fully lost by the conclusion of the movie.

Not to mention, towards the end of the movie, the plot seemed to solely focus on Griffin and Phoebe while the other characters’ ends were tied together in an untidy rush. Thankfully, the quality of the rest of the movie makes up for its disappointing end.

Presenting pertinent themes such as the fact that there is an importance in taking risks and you sometimes need to make yourself the top priority in your life, The Last Summer took me through the variety of emotions that accompany experiencing the last days you have left with your high school friends—which I will be experiencing all too soon.