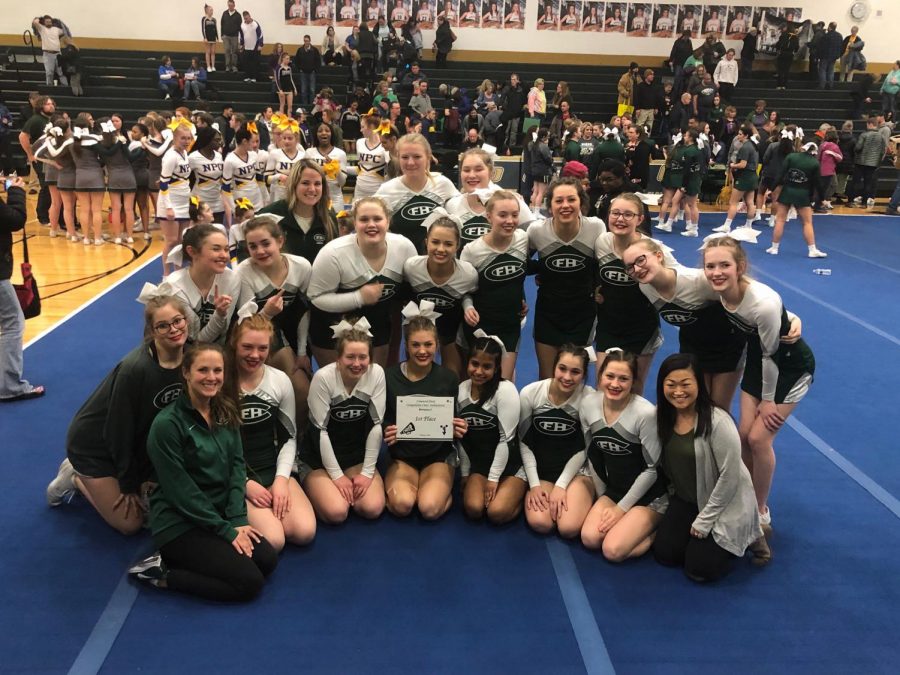 Senior Elizabeth Hoving led the way for the competitive cheer team as they placed first at the Comstock Park Invite, scoring an overall 661.42.

FHC came into this meet after performing well at the DeltaPlex invite over the weekend.

“Our scores weren’t as high as we would have hoped they would be,” junior Lydia Vanderiet said, “but we pulled it together and got first place.”

The Rangers started off strong, scoring a 210.2 in round one, but they then died down in the second round, scoring a 177.12. In the third round, they needed a big score to pull out a victory, and they did just that; they scored a 274.1 and totaled an overall score of 661.42, putting them in first place at this meet.

The Rangers will go on to face multiple opponents at their districts at St. John’s High School on Friday, February 21st at 6 PM.