To All The Boys: P.S. I Still Love You left me yearning for the end of the trilogy 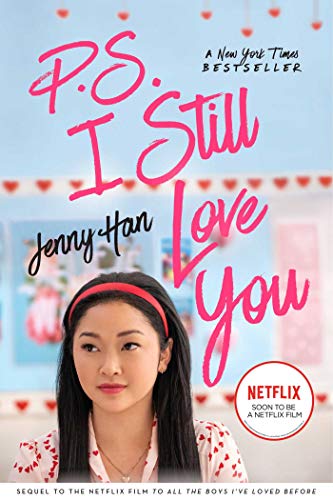 A year and a half worth of waiting led to only one moment, but it was one moment that gave me something to look forward to at the end of the day on February 12th—the release of To All The Boys: P.S. I Still Love You.

The To All The Boys I Loved Before sequel follows Lara Jean Covey (Lana Condor) and Peter Kavinsky (Noah Centineo) as they face new roadblocks in their relationship.

The famous letters sent out in the first movie of the series are quickly brought back up in the sequel. Lara Jean believed she completely escaped the letters from her past, but she soon learns she was sorely mistaken.

A response to the letter written by John Ambrose McClaren (Jordan Fisher) finds itself in the hands of Lara Jean near the beginning of the movie. Even though Lara Jean is content with Peter, she contemplates whether or not she should respond to the letter.

The Belleview retirement home made the movie all-the-more enjoyable. The array of colors managed to appear as both chaotic and calm. It was the perfect place for Lara Jean and John Ambrose to learn more about each other while still keeping space between each other.

The new love triangle mixed in with the typical high school drama creates an engaging yet coherent plot. A myriad of movies nowadays seems to have this expectation of requiring violent or sexual scenes, yet P.S. I Still Love You finds a way to break this standard.

Because of its relatability, the movie instantly becomes more captivating for the audience; it makes it simple to picture yourself in that situation with the characters. If you were to tell me the plot was written by high-school students, I would have believed you without thinking twice. It was extremely easy to follow along while covering every aspect of a typical high school.

Although the story follows Lara Jean and her friends, they did not appear as the most riveting part of the story in my eyes. The retirement home that Lara Jean volunteers at comes across as her support system. Each moment spent in the retirement home seemed to stray from the plot, yet it was crucial.

There was one character in particular, however, that absorbed my attention the most—Stormy (Holland Taylor). Stormy is a resident at the Belleview retirement home. Stormy is a feisty, spirited mentor for Lara Jean throughout the movie. Her spontaneous actions do not allow Lara Jean to overthink each situation she finds herself trapped in.

The moment Stormy appeared on my screen, I knew I would quickly grow to love her character. Stormy adds a diverse perspective in the world of high school and delivers a dynamic that sets it apart from other movies.

I adored every aspect of To All The Boys: P.S. I Still Love You—the attention to detail and relatable plot left me yearning for the release of the third and final movie.