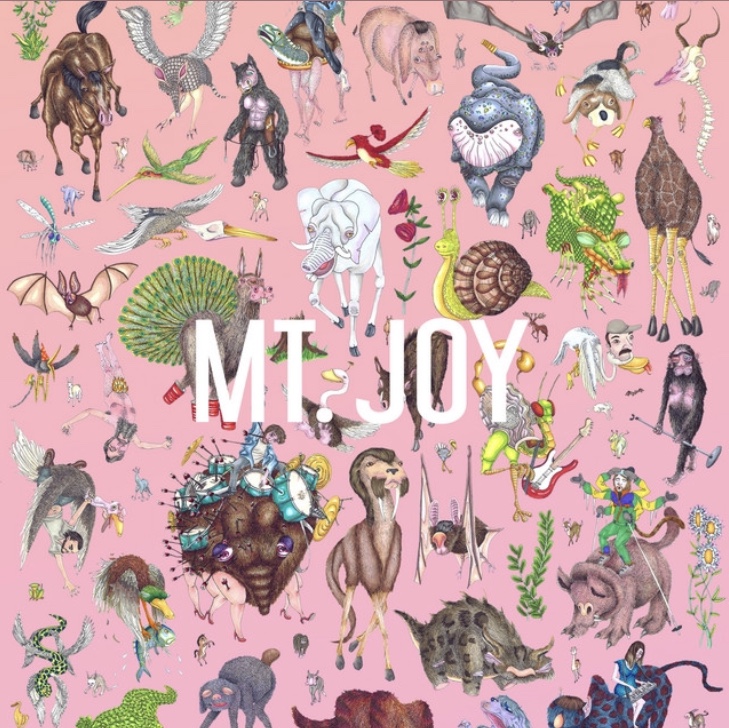 Even among this mildest of winters, the overwhelming, or possibly underwhelming, lack of sunshine serves to suffocate us all. Just as I began to feel like I had lost the feeling of breathing forever, Mt. Joy’s latest release, two songs leading up to their upcoming album Rearrange Us, pumped light-filled oxygen straight in my lungs.

Based in Los Angeles but rooted in Philadelphia, the characteristically indie-rock band’s energy has always been one of introspection and, for lack of a better word, coolness. Their sound is cool, their band members are cool, and their album covers are even cooler. Filled with peace and serenity, Mt. Joy never fails to fill up a space with just the right kind of feeling.

The two tracks, “Strangers” and “Let Loose,” released on February 19, are nothing short of on-brand. Ever since Mt. Joy’s first release, “Astrovan,” in 2016, they have always been asking—and answering—the tough questions. In past years, songs, like “Astrovan” considered Jesus, heaven, hell, and the fear that can sometimes surround religion. Now, with their latest EP, the questions seem to be centered around a conflict of the heart.

The chorus alone is enough to make any broken-hearted soul weep. The repetition of these lines is not only gut-wrenching because of the words, but because of the sheer force and emotion with which they are sung. You can physically hear and feel that Matt Quinn, lead singer of Mt. Joy, has these words embedded in his soul.

Lyrics like “And I did not want our love to be erased, but/Lord knows we chased it, love just rearranged us” cover this powerful song in an upbeat, springtime-anthem disguise. Listening to the sound alone makes life feel like it has the potential to be a permanent sunroof-down, windows-down, hair-down, music-up type of day.

The overall message seems to be pointed at people who continue to search for love in something that isn’t there anymore, which is also carried through into the second song, “Let Loose.” This track, similar to the first, feels as though it was written from the perspective of a lover gone astray, with lyrics like “Wonder if I’m ever gonna come back for you” and  “you’re the only one that knows what I’m going through.”

For me, a senior, this song voices the feeling of not only leaving someone you know and love but something as well. “Wonder if I’m ever gonna go find my truth/Watch that snow fall on the remains of our youth/Just pull me in and don’t let loose” is perfectly representative of how the emotions that accompany growing up all of a sudden, and listening to “Let Loose” feels like watching a preview for the movie of your life that hasn’t been released yet.

With Rearrange Us to be released June 5th of 2020, these two songs will have to hold us over for the spring. There are certainly more great things to come, though, for the seasons are changing and Mt. Joy changes right along with them.