Senior Ella Kelly strives to bring positivity to those around her 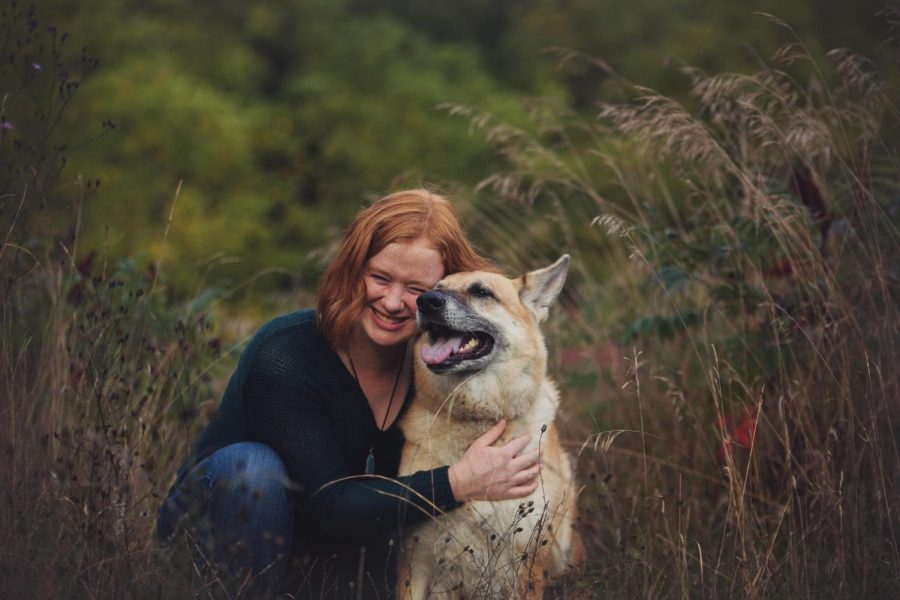 Senior Ella Kelly has a bright and shining personality.

Something that she strives for personally is to have a positive attitude, for she feels that it can potentially make someone’s day, as well as make herself feel happy in the process.

“I try to always be positive because when I walk by someone in the hallway and see someone smile or wave at me, it always makes me happy,” Ella said. “I try to be that person for other people because sometimes it just makes your day that much better, and I just love that feeling of knowing you made someone’s day better, or having someone else make your day better. I just try to share that with people.”

While Ella’s bubbly nature has carried through her time in high school, she initially noticed her love for making others happy at quite a younger age.

“I think I’ve kind of always been really positive about things,” Ella said, “but in middle school, I don’t know why, I started to realize the effect [positivity] had on other people, so that’s when I started to actually pay attention to what I was doing.”

Not only does Ella choose to shine her positive persona in the hallways at school, but she also carries her mindset into her extracurricular activities.

Ella is part of two high school sports teams—soccer and ski—as well as a club soccer team. During these sports seasons, Ella brings all of her knowledge about how being kind can affect a person’s day to both the slopes and to the field.

“When we have races [for skiing],” Ella said, “there’s usually a dinner in between the two races, and some people after they’re done with their event or race will go right inside and sit down. But, I try to make sure everyone from our team made it down, and cheer them on just so they have someone at the bottom there that knows they watched.”

As for soccer, however, that was the sport in which she knew the effect that kindness and support had on others, as she had a direct experience with it her freshman year in which others showed those emotions towards her.

During soccer tryouts Ella’s freshman year, she believed that she wouldn’t make the team, and wasn’t even going to go to the last day of tryouts. However, because of a close friend, Ella decided to go, and because of that decision, her life is changed.

“I had a friend trying out with me, and I knew she was going to be there, and she’s always super positive as well,” Ella said. “She makes me feel happy when I see her, so I was like, ‘Oh, I’ll go to be with her,’ because I knew she wouldn’t want to be there alone either. So, that’s how I decided to continue and I actually made the team. Without her being there to cheer me up about it, I probably wouldn’t be playing soccer still. I think that’s probably when I realized like the little things people do for each other can have a really big impact.”

While Ella believes that positivity is key, she also understands that sometimes people can become negative. However, she strongly believes there are strategies to help lift a person’s spirits.

“It’s okay that you’re negative or pessimistic about some things because it’s a natural human thing,” Ella said. “We all feel negative about certain things, but it’s important to have like those things in your life that just make you happy. I think it’s really important to incorporate at least one thing in your life every single day that you know makes you happy.”

For Ella, that special thing is her beloved German Shepherd, Roxy.

In general, Ella believes that to make yourself feel better about your day, you have to do something that will make you the happiest.

“If you’re having a bad day, go to that one thing that makes you happy, and just spend more time on it if you want,” Ella said. “Even if it doesn’t feel like you have time, cut something else out that doesn’t matter as much. It’s more important for you to be happy than stress yourself out about something that really might not matter in the long run.”