Harley Quinn: Birds of Prey is the prime example of a popcorn movie 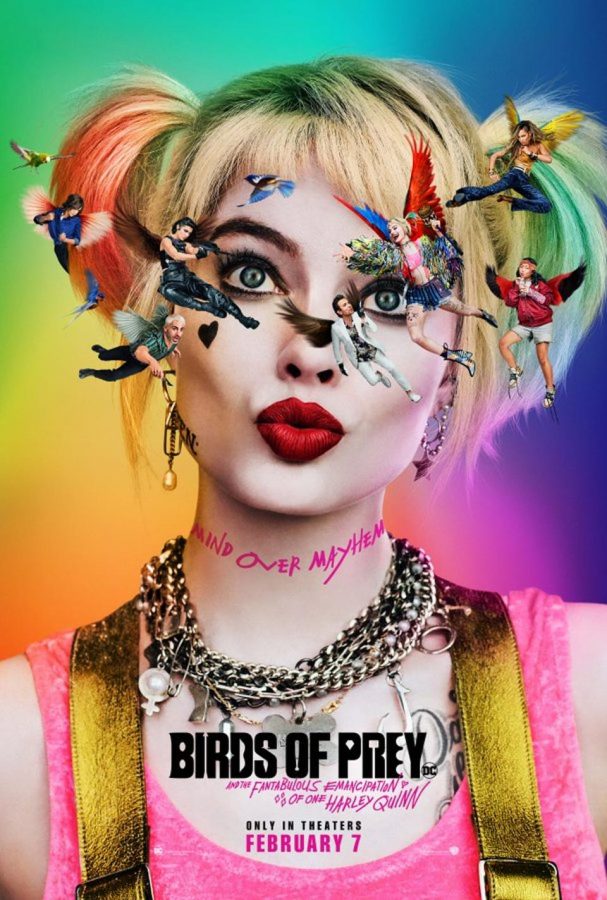 An extended bit of snow day boredom led to my friends and I arriving at the movie theatre to purchase tickets to one of the few movies showing that I both hadn’t seen yet and had an interest in: Harley Quinn: Birds of Prey.

Coming in with basically zero expectations, I left with a head full of the upbeat soundtrack and eyes close to feeling tired after watching two hours of violent, bright, colorful fun.

Technically a sequel to 2016’s Suicide Squad (though watching the movie isn’t necessary to enjoy this one), Birds of Prey follows Margot Robbie as Harley Quinn, a more than slightly psychotic, very smart, loud-mouthed villain/antihero. She’s recently gone through a breakup with The Joker, so she’s now on her own, in a city full of enemies, and is tasked with locating a valuable diamond in the possession of a young pickpocketer, Cassandra Cain (Ella Jay Basco).

What follows are a few hours of the most well-done mess I’ve seen in an action movie in a long time. The best example of this is a fight scene about halfway through where, instead of bombs and bullets, the fighting is done with paintballs and confetti. It’s violently chaotic but sugary sweet. Your eyes are dazzled, sometimes in excess, but there is no denying the movie is a visually stunning rainbow.

Though the supporting cast is so well suited to each of their respective roles and plays them excellently, this is Robbie’s movie. The two-time Oscar nominee finds just the right balance of endearing heroine, clown-like lunatic, and violent comic book villain. It’s a nuanced performance served to the audience on a plate that’s garnished with sugar, salt, and, whip cream combined.

The movie is a great statement of girl power, with nearly all of the main cast being kick-butt females. The main antagonists and supporting ones as well, though humorous and entertaining, are all relatively obvious symbols of misogyny and intolerance. So, the feminist undertones do seem to trickle in slowly through the movie.

However, the true purpose of the movie really is entertaining instead of making a statement. Like the majority of films in the superhero genre, Birds of Prey was created to entertain audiences and distract them from their realities for a few hours.

In that aspect, the film could definitely be considered a success. It sucks you in for a little while and leaves its audience with a sense of contentment rather than feeling enlightened and inspired as some films can.

So, if boredom is the problem you’re burdened with, you aren’t feeling up to a movie that requires too much thinking, and you seek a bright thrill to give you a laugh, look no further than Harley Quinn: Birds of Prey to delight and excite.