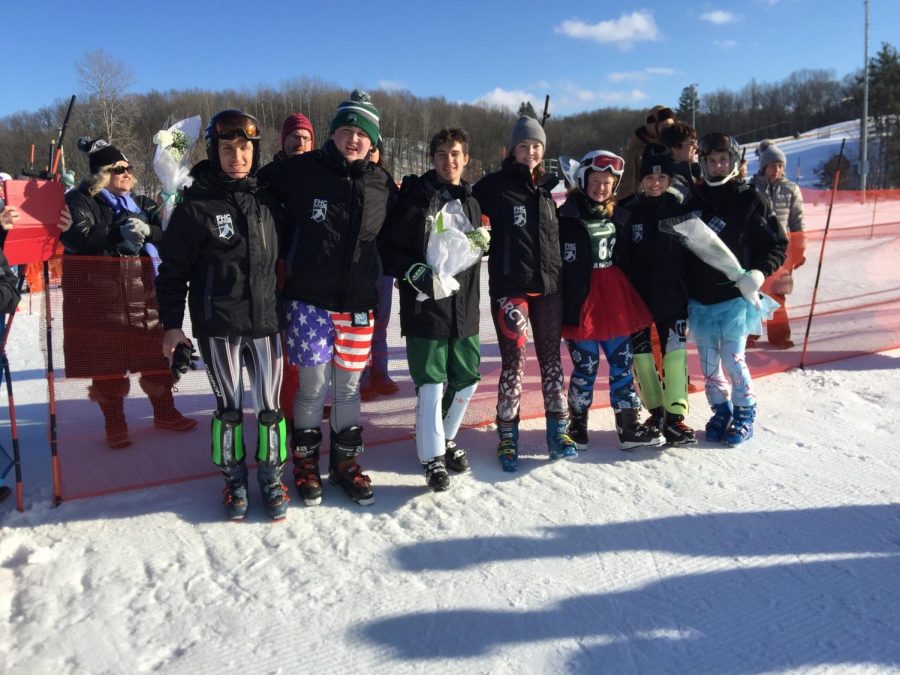 Junior captain Abby McAlindon and sophomore Ben Taylor led the Varsity Ski team on Senior Night. This was the Ranger’s last conference meet of the season. Each skier had two runs at the Slalom. A total of 11 teams competed for the boys and girls. The boys placed 10th and the girls placed 11th.

The warm 40-degree temperatures on Sunday and Monday led to ruts on Tuesday night’s course. As the first couple of inches of snow broke away in the race line, ruts formed on the course.

The team spirit remained strong throughout the night, despite the unfortunate results.

“We all became so close over the season,” Abby said.  “We were cheering for each other throughout the night and being supportive.”