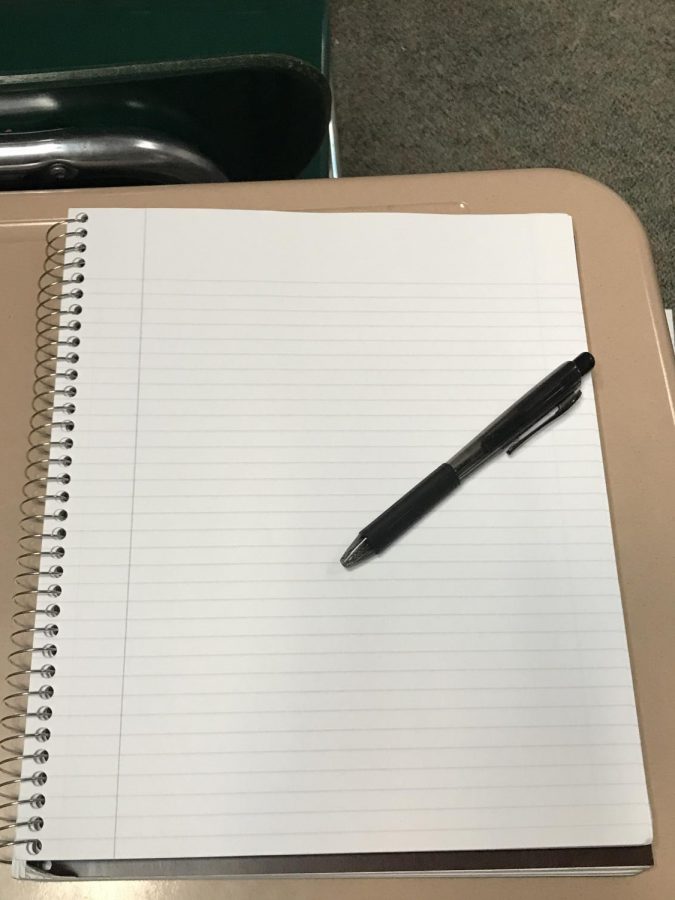 It shouldn’t be that difficult, right? I mean a column can be about anything. It can be as simple or complex as the writer wants it to be. It can have an extended metaphor, or it can simply be recounting an old memory, a plan for the future, or exploring a lingering thought or idea.

It really shouldn’t be that difficult. Yet, it is.

I cannot begin to describe how many times I have tried to begin a column. The blinking cursor stares back at me with an ominous presence. The words seem as if they are written in invisible ink. There is so much there, but I can’t quite figure out how to uncover it.

I try to form a column. But, maybe I need to focus on something smaller—a sentence. The column has to flow, but the sentences that come to mind never seem to match up right.

I am no stranger to a genius idea for a column. No, those come to me all the time. I have had column ideas come to me in the middle of my math class, while running, or even while attempting to type out a column. Yet, I still can’t finish the job. The task is never executed.

I never have the glorious feeling of standing in the wake of a completed and successful column.

I wish I could write a column.

I wish that I could make the words come alive off the page and play off of one another so perfectly that not only an image, but a feeling, appears over the reader. I wish I could write in a way that gave rise to a new understanding and depth to the simple letters typed on the page. But I can’t.

I have even tried handwriting a column but even these seem less than worthy. I wonder why it is that I have no problem writing a feature or a profile, but a column does me in.

Why can I not write a column?

Maybe I am overthinking it. Maybe if I sat down and just started typing what came to my mind, then the words would take over, and I wouldn’t really have to write it. Maybe my brain and my fingers could do it for me.

I claim that I cannot write columns, yet, somehow, I just wrote one.

I guess I can write columns.

They might not be comparable to the fluent rivers of thoughts and words that are written by my classmates. But that is just it: they are not my classmates’ columns. They are mine. They have my voice and my tone.

I would not want my columns any other way.