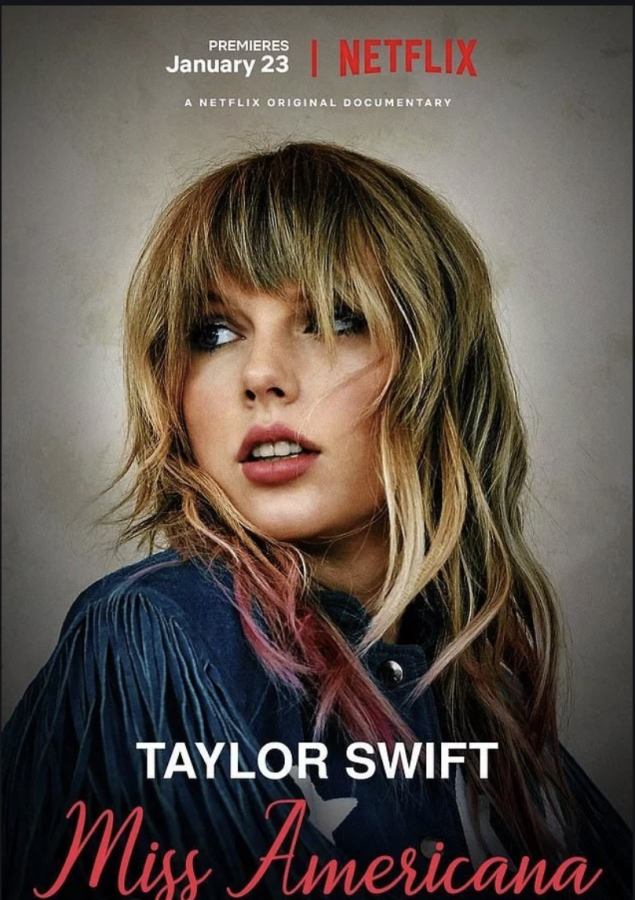 In Miss Americana, I distinctly remember Taylor Swift saying that her relationship with her fans is unique because she grew up alongside them. Although Swift is almost double my age, I categorize myself as one of those fans. I can easily remember watching and dancing along to the music videos of “You Belong With Me” and “Love Story” on MTV when I was little.

However, I am too young to remember Kanye West’s blatant rudeness towards Swift’s undeniably-deserved success at the 2009 VMAs or what breakup song is about who and how breakup songs ended up becoming her “thing.”

But, I do know that for as long as I can remember, Taylor Swift has been a key and popular artist in the pop music playlists that I have listened to since I received my first iPod. For over a decade, Taylor Swift has been in the spotlight as an A list celebrity, and her documentary provides viewers with an inside look as to how stardom, popularity, and pressure have molded her into the celebrity—and person—that she is today.

Produced by Tremolo Productions and directed by Lana Wilson, Miss Americana covers the life of singer-songwriter Taylor Swift since she professionally released music, and consequently became famous, at the incredibly young age of sixteen. Swift generously includes an inside scoop on some of her feuds and controversies, and viewers are able to see a side of Swift that they haven’t before: one that speaks her truth without fear of backlash.

Being referred to as “calculated” by critics time and time again, Swift describes that she chooses to live a reclusive life because she doesn’t enjoy being in the negative spotlight. Unfortunately, as she grew up, she realized that in order to unapologetically voice her beliefs in an attempt to spark change, she would have to live with the fact that she would receive backlash.

Miss Americana, in a way, is Swift finally speaking up and expressing her truth involving some of the public issues she has been involved in. The documentary features video proof of Swift maneuvering through making decisions that require her to choose between staying silent or potentially receiving widespread hate.

Therefore, Miss Americana relays many important themes to its viewers—but female viewers specifically. The documentary provides footage from a few years ago when Swift decided to publicly voice her political beliefs in an attempt to influence the results of a midterm election in her home state of Tennessee. The backlash she received was not targeted at her beliefs but rather at her gender, and Swift voiced and embedded women empowerment and confidence; her critics were too ignorant to debate her political beliefs as they chose to discredit her opinion based on her gender.

Overall, Miss Americana was definitely one of best and most inspiring documentaries I have ever viewed. Including personal home videos and never-before-seen concert footage, Swift gave her heart to Miss Americana, and it showed.