Coronavirus: an update and a test of validity of the outbreaking pandemic 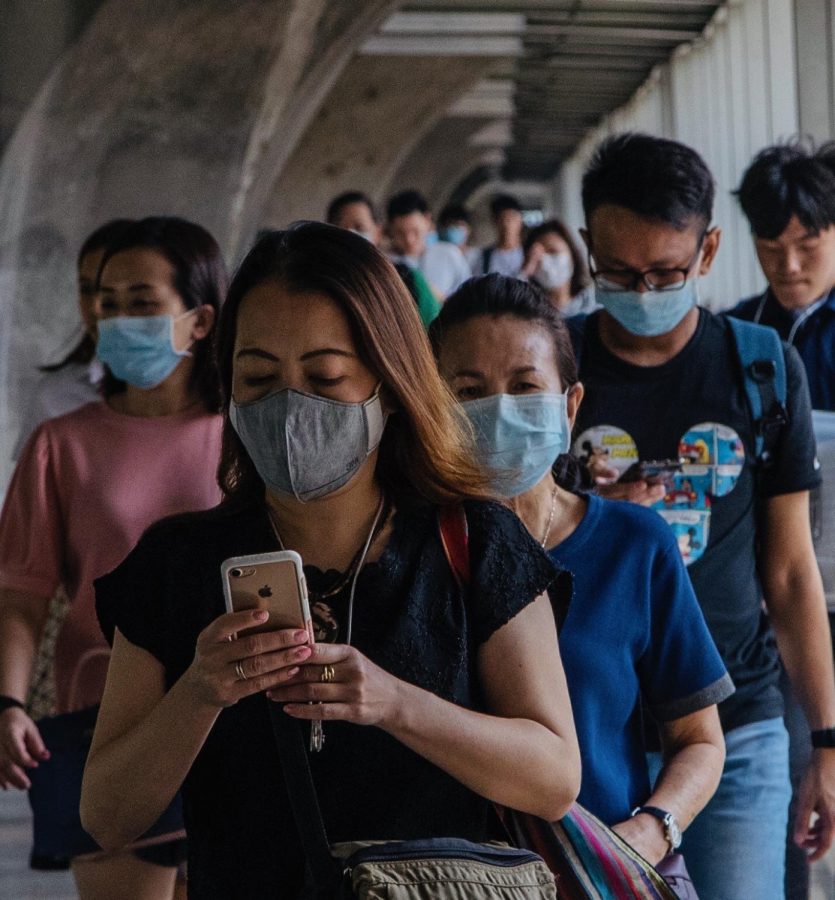 As the new year came rolling in, so did the first news of a new disease: coronavirus. At first, the disease was said to have only taken a single-digit number of lives; however, since then, the number of deaths has continued to rise and rise.

What once started as a disease only known in China is now said to be found in several different parts of the world, causing the outbreak of stress in the mass population. The soon-to-be-pandemic has caused such an outrage among people that it has become impossible to even find a bottle of hand sanitizer at local stores.

However, the fatality of the disease is only prominent in those individuals who have a weakened immune system—give or take, the oldest of populations and sometimes the youngest. While the death rate is higher in those who have weaker bodies, such as the older end of populations, it overall holds about a 3.4-percent death rate, according to the World Health Organization. For comparison, the seasonal flu has about a 1-percent death rate.

Now, don’t get me wrong. I am not saying that the coronavirus is something to just brush aside, but I also think the world and the media are blowing the situation way out of proportion—not only making drastic measures but also creating mass hysteria.

People are seen in all different public scenes adorned with masks: malls, restaurants, outside, in the streets of cities, and especially, in airports. Little do most people know that these medical masks are actually doing very little to prevent the absorption of the disease.

Another drastic measure being taken in honor of the notorious coronavirus is cutting off flights and travel. In fact, if you feel like taking a trip to Europe and you’re young and healthy, now is the time. Flights to Europe are selling for as cheap as $100 right now. No one wants to risk catching the virus, so the demand for travel has dropped tremendously, dropping costs of worldwide travel massively.

However, for some places, travel is cut off entirely. One small hint of the disease and everyone and everything in the area is quarantined. Right now, there are even cruise ships that are being turned away from ports due to fear of the virus.

As of recently, President Donald Trump announced the possibility of cutting off travel to other countries such as Mexico in an effort to protect our nation from the coronavirus.

Not only have all of these “safety efforts” affected people’s spring break plans, but also affected many students’ current pathway. Most universities have pulled their study abroad students in precaution of the disease, forcing them to now make adaptations to their projected pathway.

And, as of today, some U.S. universities, such as Fordham, have canceled school entirely for an indefinite amount of time.

The coronavirus has truly set the world on edge. And, in my opinion, things are being blown well out of proportion. While it is something to be aware of and to take note of, a great majority, about 96.6-percent, of the population is out of harm’s way and will not face fatality. The truth is we are overhyping the virus, and much of this hype can be credited to the media platforms where coronavirus content has taken over.

The virus is definitely a clear opportunity to pull society’s attention, and I don’t think that opportunity was passed up. People crave provocative things, and the outbreak of the coronavirus is surely great ammunition to fuel the need society has to be provoked.

In the world we are living in, one mention of the disease in the media immediately initiates a response and in this case, the response went viral. Part of this is due to current society’s tendency to believe what the media wants us to believe. People heard the mention of a deadly disease, and that was all they needed to know in order to break out and take hysterical measures.

The whole situation with the virus has gotten well out of hand. Whether that is thanks to the media or thanks to our vulnerability to provocative things, it has happened. Obviously, it is important to be aware and to be prepared, but we don’t need to be altering our whole lives in fear of catching the “deadly” virus. What once started out as a possibly fatal disease has grown to be something much more.

There is no telling of what is to come next with the coronavirus. Will it continue to grow into a pandemic? Will more drastic measures be taken in order to prevent the spread of the disease? There is an endless series of conclusions to the story of the coronavirus—let’s just hope the end is coming soon.