The Society reveals a scary but accurate insight on human nature 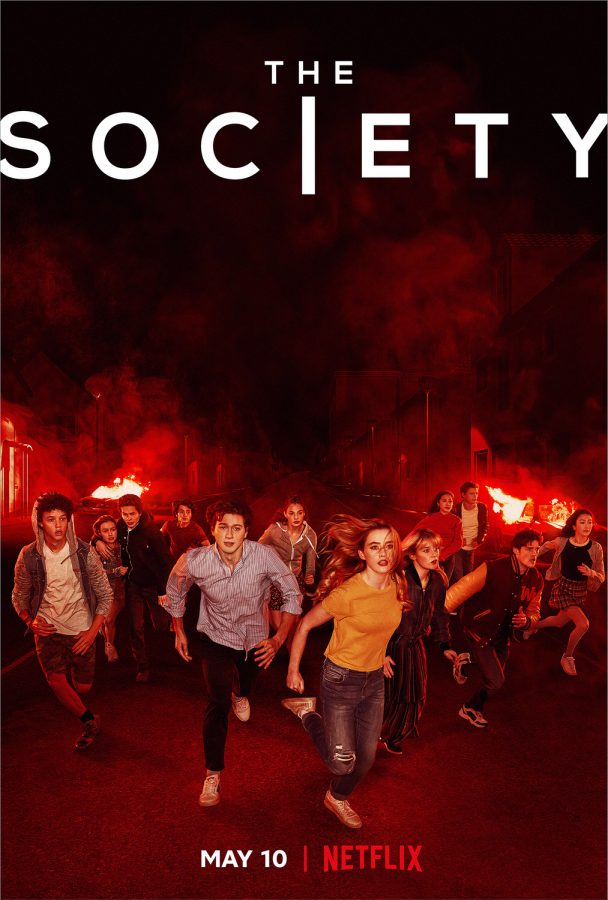 When we think about our society, we may think of things such as technology, consumerism, and money. We pride ourselves on the business of our lives but also on our system of law and order—we know the rules, and most of us abide by them.

But what would happen if all of these rules were just taken away from us?

What would we be left with?

In the Netflix series The Society, this is exactly what happens.

Located in the fictional city of West Ham, Connecticut, the whole town is complaining of this smell that has come back. Viewers do not initially know what this smell is, but only that it was there, disappeared, and has now returned.

Due to concerns of the parents and committee members, the council decides to send all of the kids at the local high school away on a one-week trip to the mountains while the city deals with the smell. However, the buses are unable to make it all the way to the destination due to a mudslide and return the kids back to West Ham.

When the students return, all of the adults have vanished—there is nobody to be found.

No adults. No rules. Every man for himself.

Beginning the next morning, student body president Cassandra Pressman (Rachel Keller) takes charge as the leader and tries to unite everyone behind a common democracy. But, the richer students in the town will not bow down to democracy.

After the grocery store is raided and resources are slim, the kids are forced to work together to develop a plan for how to rebuild the life that they once knew from the broken pieces that remain. But how can a whole group of teenagers all agree on the same thing?

As the show progresses, viewers learn the complexities of each character at the same time that the other characters learn the depths to each other.

Tired of hiding in her older sister’s shadow, Allie Pressman (Kathryn Newton) tries to show her courage and voice her opinion as well. Only, she becomes overconfident and mixes herself into a love triangle with other friends Harry (Alex Fitzalan), Kelly (Kristine Froseth), and Will (Jacques Colimon).

To make matters worse, when a team of the kids goes out to explore their desolate town, they find that they are completely trapped inside by dense forests surrounding what used to be the roadways out with no connection to the outside world.

Rachel Keller is easily the stand out actress in the series, proving that she can not only be smart and powerful but also complex and compassionate. Her character’s role as a student body president and a woman lead to even more conflicts that develop between her and her popular male counterparts.

The overall mood and tone of The Society add even more suspense to the situation, making viewers feel as if they are there trying to fend for themselves while trying to do what is best for everyone else.

In our current day in age, we take comfort in the small and large pleasures that we are given, but The Society shows us all too well what that would look like if these simple pleasantries that make us an advanced society were taken away.

In the midst of a trying time, the students have to figure out how to deal with love, loss, greed, health, wealth, and power all while trying to rebuild a society on fractured morals and utter immaturity.

The Society was far better than anticipated and far surpassed the low expectations that I had set for it. Though many elements are done well throughout the series, the small peculiarities and idiosyncrasies of human nature combined with the idea of how we would react to a society with no rules are both scary and eye-opening at the same time, creating a compelling, must-watch show.