Veer Badalia carries on his family’s legacy through playing cricket 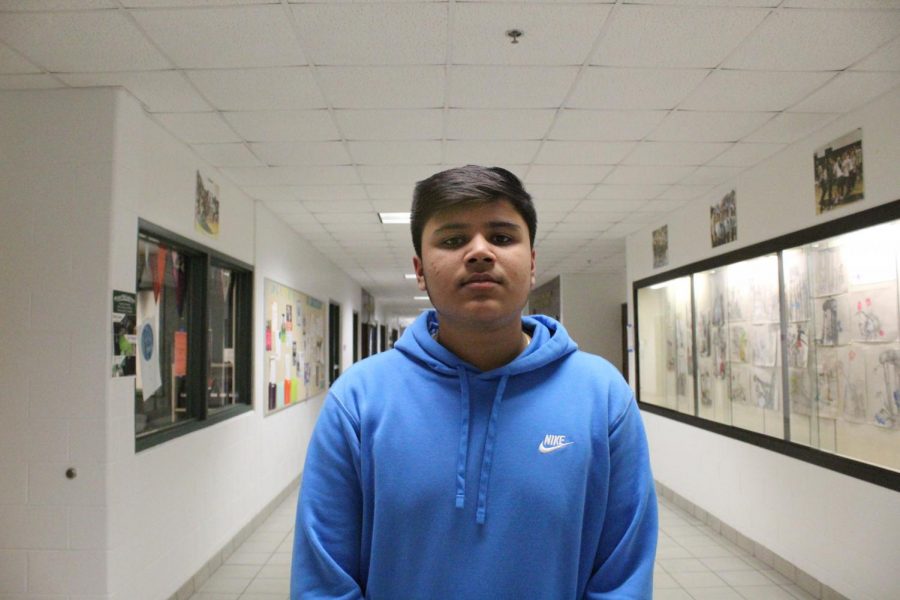 Freshman Veer Badalia dreams of carrying on his father’s legacy.

His dad played as a professional cricket player for India, and Veer is overly determined to follow his footsteps and become just as successful as he was.

Originating from England, cricket is a sport like baseball. Although, it does indeed have differentiating aspects of competitiveness.

“It’s like baseball, but instead of having bases, it has mats,” Veer said. “The object of the game is to go back and forth to score points.”

Played with two teams of eleven, cricket requires a large field for various purposes. The overall goal is to score as many runs as possible against the opposing team. Within the competitive aspect of the game, in addition to his father, Veer also idolizes his cousin.

“My cousin, Amritdeep, plays too,” Veer said. “The sport runs in the family—I was expected to play [cricket] even from a young age.”

Veer’s passion developed at around age ten, and from there, it has grown substantially. From his endless summers full of cricket games with his family and friends to playing with his in-season team during the year-round season, his love and talent for the sport has grown.

“As you can tell, I’m Indian,” Veer said. “[Cricket] is very popular in India; that’s why my family began playing years and years ago.”

Veer moved to Michigan from New York a few years back, and he admits that he does like New York better than Michigan.

“I’m just going to say it: New York is better. Everything is better in New York,” Veer said. “There’s just a lot of diversity there.”

FHC itself has treated him well; it has offered him expansionism of friendships, and especially since his cousin goes to school here, it has been a somewhat simple transition.

“I’ve been here since seventh grade,” Veer said. “Moving from New York was hard because I liked it so much there, but I do like [FHC].”

Despite Veer’s major change in environment, his devotion to his all-time favorite sport was not interrupted. Yet his free-time has been limited with the workload of high school.

“I usually play [cricket] once or twice every two weeks,” Veer said. “But in the summer, I definitely play more.”

Disregarding his minor competitiveness, Veer plays for no one but himself.

“I just play for fun,” Veer said. “Playing cricket is so much fun—it’s what I love to do.”

Veer’s idols—including his father—are what drive him to work hard and commit himself to his favorite activity. Playing on the Indian national team, Veer has one person specific in mind that truly inspires him.

“I look up to mostly India cricket team players but one in specific: Virat Kohli,” Veer said. “He’s so good that he actually captains the team.”

Professional cricket player Virat Kohli is labeled as one of the best batsman in the world. His team, the Royal Challengers Bangalore, play in the Indian Premier League with Kohli being captain for seven years, since 2013.

Veer’s plan futuristically is to go pro. With no hesitation, Veer’s strong-willing personality brings him to not give up until he’s accomplished his life goal.

“I want to go back to New York to play on a professional team,” Veer said. “I’m doing it, no doubt.”

Besides cricket, Veer additionally has a developing interest in business.

“If cricket doesn’t work out—which I think it will—I will go into business,” Veer said. “Either way, I am moving back to New York as soon as possible.”

Cricket is a unique sport; it is very uncommon here in Michigan. Despite the stereotypes, Veer has not let go of his love and commitment for his blood-run sport. In India, cricket is the equivalent to American football. It’s popularity has enhanced Veer’s affinity for it—even while he’s on the opposite side of the world of the most intense games and tournaments.

Veer’s destined position is a batter, which means his job is to hit the oncoming ball to either score or prevent the loss of one’s wicket. Because of his true skill for this occupation, Veer is considered a ‘batsman,’ and that will forever remain for as long as he’s participating in cricket.