Kelsea Ballerini’s newest album, Kelsea, is a beautiful combination of country and pop 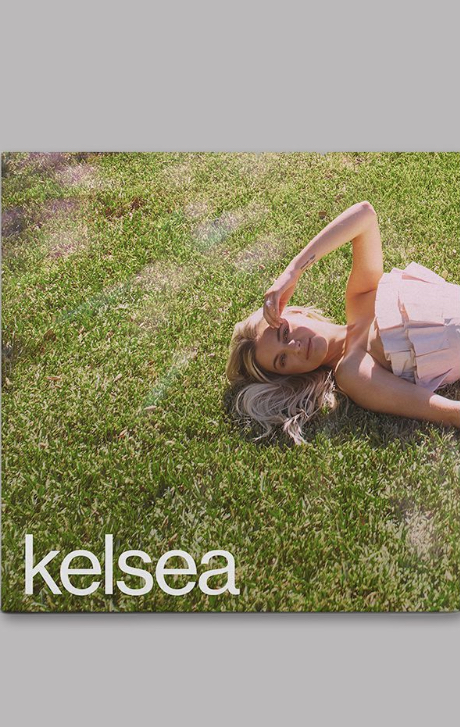 In the midst of social distancing, I’ve had to get creative with how I entertain myself. I’ve spent hours watching Netflix, facetiming friends, and listening to Kelsea Ballerini’s new album Kelsea.

The first song on her new album is called “Overshare.” The creativity and personal experiences that are shared through the lyrics created more of a personal connection to Ballerini and is a wonderful way to start her newest masterpiece. The subject matter of the song is something that is so hard to put into words, but Ballerini does it wonderfully. It’s the first time I’ve ever seen the act of oversharing explained in a way that makes so much sense.

“Club,” a song she released as a single in November, is more downplayed but is still a song about her insecurities about being different. The song’s lyrics touch on how she doesn’t want to do anything just because she’s expected to, and it’s a beautiful message to share.

Another song she released as a single first is “Homecoming Queen.” This song is the most vulnerable on her album. The lyrics are reassuring when paired with the melody, validating all sense of insecurity no matter your walk of life. With lyrics like “what if I told you the sky wouldn’t fall if you lost your composure” and “do you want the crown/or does it weigh you down?” you can’t help but commend Ballerini for sharing this part of herself, and her talent with words somehow takes something sad and makes it beautiful.

One thing that Ballerini did with this album was collaborating with two huge names in the music industry from different genres of music, and I commend her ability to make her album a blend of pop, country, and her own genre that sits somewhere in the middle.

“The Other Girl” is a collaboration between Ballerini and Halsey—who’s known for her pop songs. The song is full of allusions and repetition. The lyrics tend to circle back on themselves to get their point across. They also allude to the book The Scarlet Letter by Nathaniel Hawthorne by saying “scarlet letter on her chest” hinting at the girl he cheated with which again helps to drill the point across.

“Sometimes I don’t like what’s in the mirror” is the opening lyric for Ballerini’s song “Love Me Like a Girl.” The song expands on the complexity of her brain and how she knows she’s confusing, but she appreciates how her partner tries to understand her and the reasons she does things; she just wishes he understood like a girl would. The concept isn’t anything I’ve thought about before, but the song’s message is very endearing. She reiterates that she loves him the way he is but wishes he could experience things from her point of view.

Her next song is about falling out of love and finally crossing the line. “Love and hate” touches on how she was once happy and in love completely with her partner, but now that he’s lied, she “crossed that thin, thin line between love and hate.”

While “Bragger” wasn’t my favorite track on the album, I think the message was sweet. Hearing that Ballerini holds her significant other in such a high respect is endearing, and it’s an upbeat song that you can’t help but sing along to.

“Hole in the Bottle” was my favorite song. The lyrics were hilarious to me, and I’ve had the song looped in my head for a while. With lyrics like “it’s already empty and it ain’t even suppertime” and “I went and got a new one cause the other one was broken,” it’s hard to not find humor in the song. It’s easy to figure out this is yet another song about getting drunk after a breakup, but it’s done in such a way that it isn’t sad; in fact, it’s the kind of song you can’t help but dance to.

The second collaboration on this album is with country music star Kenny Chesney, known for his songs “American Kids,” “When the sun goes down,” and “Everything’s gonna be alright.” Her song “Half of My Hometown” is extremely nostalgic. It’s lyrics paint a picture of Ballerini’s life before becoming famous and how even though she’s a household country name, “half of me will always be Knoxville, Tennessee.” The message of how even though she’s left, she’ll never forget how her hometown shaped this other piece of Ballerini we get to see on her new album.

While the album’s songs are a little random in terms of how they fit together, between showing new pieces of herself and reflecting on old relationships, somehow, it works.

“The way I used to” reflects on how she used to feel about someone. She asks if someone loves him and touches him in the way she does. She then goes on to correct herself and say “in the way I used to,” as if she has to remind herself she can’t love him anymore. She ends the song by asking him to ignore her because “it’s just tequila talking,” as if she wants him to forget her so she can finally move on.

One of the last songs on her album, “Needy,” was really sweet to listen to. The song opens with talking about how she is content with being on her own until she meets him; she can’t get him out of her head. It was a cute sentiment to make so publicly, her announcing to everyone that she needs him.

The second to last song on her album, “A Country Song,” explains just how much country music means to her and how much of her life it’s gotten her through. She sings about how writing country songs got her through her first year in Nashville, drama with her ex, and heartbreak. She explains just how much she has depended on this genre of music and how close she holds it to her heart.

Her final song starts mellow. “LA” talks about her insecurities around being a country star in Los Angeles and wondering if she fits in enough. She speaks of how it causes her to be anxious half the time, but the other half she is looking for real estate. On top of worrying if she’ll fit in, she worries if Tennessee will be mad at her for moving on from her country roots. To me, it seems as if the song is about how she wants to transition into more pop-style music but is scared she isn’t a big enough name to move to LA and become a pop star. It also seems she worries if her devoted country fans will support her decision to shift her style.

Overall, the album seemed a little all over the place in terms of the songs. They’d be happy and upbeat, then sad and vulnerable, and it was a little confusing to listen to, but I think it was intentional. Ballerini titling the album after herself and making the order of the songs was just more of a homage to herself and her never-ending quest of explaining herself through her music, and it was really amazing to listen to once you looked at it that way.

This album was the perfect blend of country music and her dipping her toes into the world of pop, and I’m ecstatic to see if she decides between her roots or continuing to move towards pop music.