Freshman Peyton Price entered a varsity bowling team full of upperclassmen, but the Rangers just needed that extra piece to the puzzle to really push for the accolades they wanted to attain. Peyton perfectly slotted into that role, often leading the Rangers with his high scores throughout the season. Against FHN, a team the Rangers have struggled against in years prior, he bowled scores of 200 and 189; FHC fell just one pin short of the win, but this result shows a lot of improvement compared to last year. In the first matchup against FHN, Peyton scored even higher, bowling a high of 214 on the day. Besides those two results, he had scores of 200+ on at least three separate occasions against the likes of Northview, Cedar Springs, and Ottawa Hills. With seniors Alex Souza, Ben Kastner, and David Mason leaving the picture, Peyton will look to lead the Rangers for years to come.

“I was glad to have a good season this year so I could just help the team win as much as possible,” Peyton said. 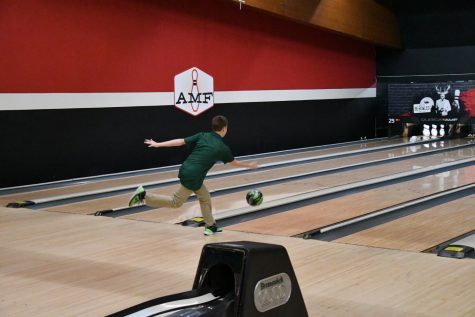 Freshman Michael Campbell was a presence on both the varsity A and B mats. For the majority of the season, he was on Varsity B, where he dominated his opponents at 145. In a double dual against Lowell, he went undefeated, which was a major achievement. The Red Arrows have a historically good program, and they have always been one of the main competitors in the area, continuously placing high in states. Junior Isaac Gurley usually wrestles at 145 on the A team, but he was out with a knee injury for a few matches throughout the season, giving Michael a chance to see what it’s like against the top competition. Against Forest Hills Northern, the freshman managed to pin his opponent which led to a close win in the sixth criteria tie-breaker.

With brothers Johnny and Carl already in and through the program, freshman Sammy Mielock had a reputation preceding himself heading into the season. Early in the season, he found some major success for a rookie, scoring against Walled Lake Northern, East Kentwood, Forest Hills Northern/Eastern, and GR Catholic Central. He also had two games with two assists, both coming against teams from the east side of the state in Walled Lake Northern and St. Frances Cabrini. After suffering an injury mid-season, his stats suffered a bit, but he came back in a major fashion at the end of the season. In the 3-2 Regional semifinal win over Jackson Lumen Christi, Sammy scored the game-winning goal to send the Rangers to the Regional final, a thrilling accomplishment for a freshman. With a lot of the offensive production graduating this year, Sammy will have an even bigger role next year as a sophomore.

“This year was great,” Sammy said. “It was definitely very fun to be the youngest guy on the team and have so many opportunities to learn from the vets, while also being able to show them that though sometimes rookies don’t play as much, they are just as much a part of the team.” 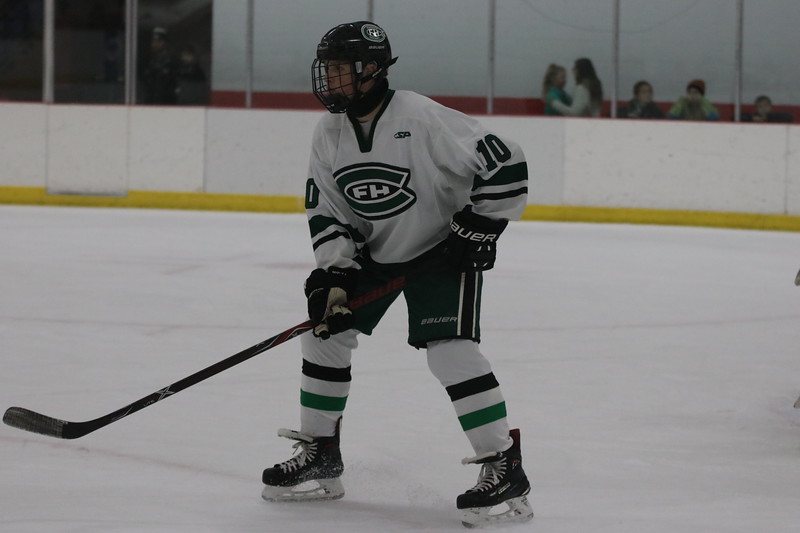 Sophomore Alexa Parent was a key contributor for the varsity dance team and is a main reason the team had the success that they did. The sophomore was named most outstanding dancer in February’s Davenport tournament, in which there was some fierce competition, such as East Kentwood and Rockford. She was also key in the team’s phenomenal performance at Nationals, leading FHC to back to back placements on the national stage. The young talent on the team played a huge role in a major turnaround season for FHC, gaining many outstanding accomplishments late in the season. With a talented senior class leaving, it is almost certain Alexa will be a big part for the dance team in the next couple of years.

Throughout the girls varsity basketball season, sophomore Theryn Hallock’s name was praised just about every game. Theryn has been a varsity star since the first time she stepped on the floor her freshman year. The MSU verbal commit averaged 20.8 points, 5.1 rebounds, and 3.9 assists which led them to a 15-7 season. She started out the season with 16 points against the Wolves of Wyoming, and it only got better from then. Two games later, she added a career high 40 points to her resume which allowed the win over the Forest Hills Eastern Hawks. Not only was the 5’8 guard a threat on offense, but her presence on defense stifled the opponent, as she averaged 7.1 steals and 1.1 blocks. In conference play, she topped her career high yet again with 43 points against Ottawa Hills. Later on in the year, she was named All- Conference, first team Grand Rapids Dream Team, and second team All-State, proving her point as to why she’s one of the better players in the area.