FHC’s Boys Swim and Dive team was in a nail biter against the Eagles of Grand Rapids Christian. In a back and forth meet at the start, the Rangers turned things around with a couple of wins from great performances from junior Avery LeTourneau, senior CJ Hier, and a first-place finish in the 50-yard freestyle from sophomore Benji Zorn. After a personal best finish in the diving category from Cole Hysong, FHC put together a strain of wins to jump ahead of GRC. However, the Eagles battled back and took three events in a row and put the Rangers in a difficult position to come back. With some lineup changes, FHC needed a first and second-place finish in order to tie. The Rangers would show up in that last race, as Avery claimed first place and CJ along with freshman Ben Rogala would take second place, ending the meet in a 93-93 tie.

“It was one of our first meets and we knew it was going to be a close one,” senior Dani Ahmetovic said. “We prepared for more than a week, and due to our coach’s lineup, we were able to come away with a tie. I honestly think it made us much more confident in our abilities and helped us gain the respect we deserved from the rest of the conference. We were a small team, but we could compete just as well as anyone if not better.“ 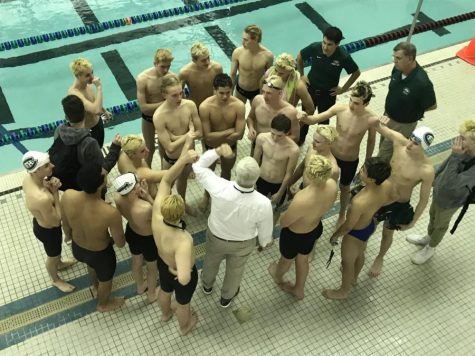 In yet another back and forth match, the Ranger bowling team battled hard in their last game against the Forest Hills Northern Huskies. FHC was able to keep up with a very good FHN team throughout the game, as seniors Ben Kastner and Alex Souza along with freshman Peyton Price got some key strikes in the middle of the game. But the Huskies began to get some strikes to go, and began to expand their lead as the tenth frame approached. However, at the end of the game, FHC really started to close the gap. Seniors Tommy Anderson and Ryan Andrews really took their game to a new level, coming up with some big frames and even cutting the deficit to single digits at one point. Then, in the last round of the tenth frame, Alex needed a strike to tie things up. He knocked all pins down and the game ended momentarily in a tie. Unfortunately, the score was reviewed after the match and FHC fell to the Huskies 16-14.

The FHC ski team faced some very adverse conditions in the conference race, as there were many ruts and holes in the course. There were also warmer temperatures than normal out on the course, causing most racers to be distracted by some slippery snow out on the course as well. The boys team placed right in the pack, as they were 23rd in the Giant Slalom and 16th in the Slalom. However, these rough conditions did not faze Abby, as she won the conference race on the Giant Slalom, also placing 5th overall on the Slalom. These two big placements would pave the way and give Abby the confidence she needed to have a very good Regional meet performance.

“I was super excited when I found out that I won,” Abby said. “Throughout the past two seasons, I was trying to consistently make the top 10. But this year I was much more confident that I had a chance to win. Winning felt like my hard work paid off and I was incredibly happy.” 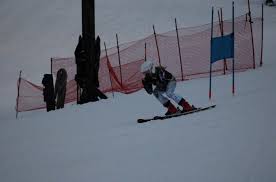 In an OK Conference crossover, the Ranger wrestling team took on some tough competition at Lowell against East Kentwood and Caledonia. FHC defeated EK by a large margin, but it took a lot of hard work to get to that big lead as the Rangers won by 21 points. The next match was a brawl between two storied programs in the Rangers and the Fighting Scots of Caledonia. FHC got off to a hot start with bigtime victories from seniors Wyatt Engler and Tommy Hendricks along with the Jacobs brother tandem of junior Caden and freshman Blake. Although, Caledonia marched back to a 9 point lead with only juniors Isaac Gurley and Robby Frazer remaining for the Rangers. Isaac pinned his opponent rather quickly in the first period, cutting the Caledonia deficit to just four, with a pin giving FHC the win. Just 15 seconds into his match, Robby pinned his opponent and gave the Rangers a huge win over Caledonia.

“Getting the game winning pin was a feeling I’ll never be able to experience again,” Robby said. “The adrenaline rush was insane. I was so tired I could barely remember getting the pin, I was [just] so excited.” 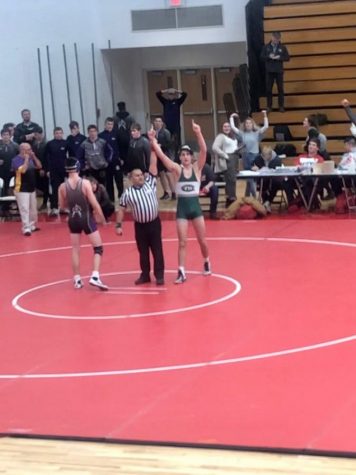 The boys varsity basketball team was back into non-conference action in a matchup with the Grandville Bulldogs. FHC got off to a hot start thanks to some great scoring from senior Micthell Wilkinson and junior George Hatchett. The team did a great job of moving the ball around in this game, recording 17 assists on the night with junior Peyton Bush leading the way with six. With the game being close at halftime, FHC was able to outscore the Bulldogs by 12 in the opening minutes of the second half. Senior Jimmy Scholler hit some big shots from beyond the arc to extend the Ranger lead. With FHC leading by a large amount, Jimmy was a couple of points shy of being the fourth player in Rangerball history to record 1,000 points in a career. Junior Jonah Spates found Jimmy open on the wing to hit a three and Jimmy reached the 1,000 point mark. The Rangers ended up defeating Grandville 67-52.

“[It was] just such a joy that was a goal of mine since I was a freshman,” Jimmy said. “So I was just so happy that all the early morning workouts came to fruition.” 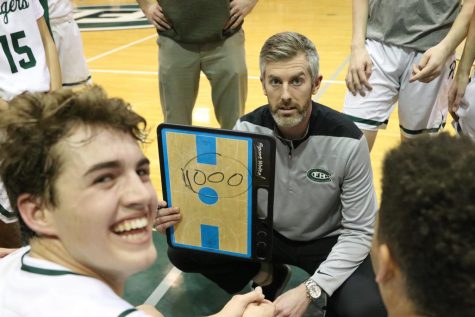