All the little things that are much too big, like Elmo and mozzarella cheese 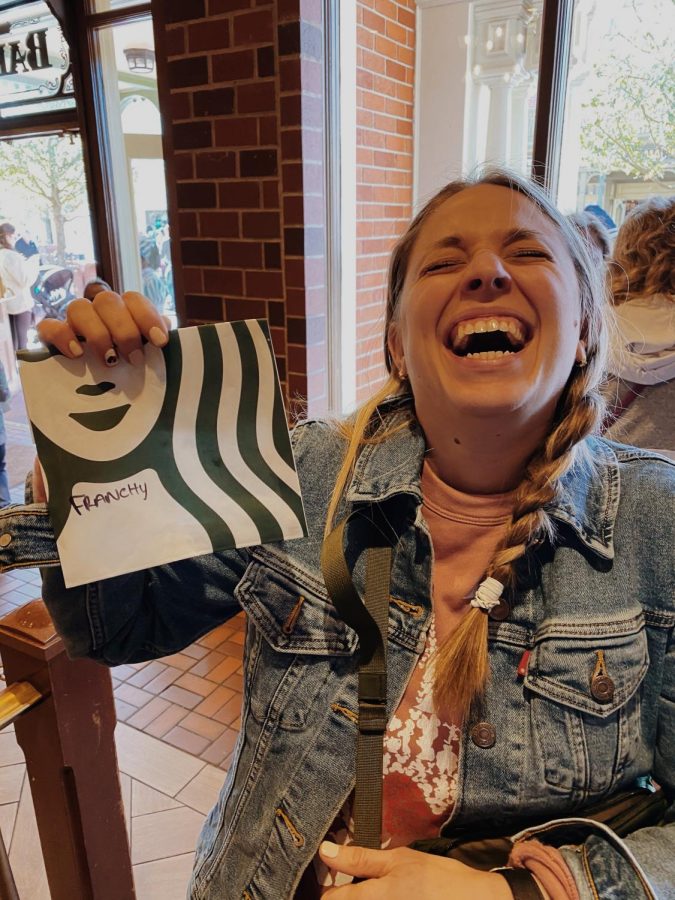 My sweet mom, whose too-big thing is the store

It was a mundane day—just a blip on the unfamiliar radar of quarantine, of social distancing, of COVID-19. I had fallen asleep a bit earlier than usual the night before, and I slept to the sound of my favorite 11-hour thunderstorm playlist until my mom woke me up at around noon. I stumbled downstairs, in the same sweatshirt I had worn the day before, and opened the fridge to find that there was no mozzarella cheese—even though I had sworn there was a package in there just days ago.

A minor inconvenience, but when there is nothing else to do besides focus on every minuscule high and low of the day, it was actually a bit of an imprinting annoyance. I grabbed a popsicle instead and retreated back to my room—a space devoid of any clutter—and spent the afternoon on Tik Tok, discovering new music, and playing rummy with my mom. We have an ongoing game, and I, always a loser when playing with her, am currently winning by ten points.

Earlier that day she suggested caesar salad for dinner, but we didn’t have any of the ingredients (flashback to no mozzarella cheese), so she decided to run to the store. My mom put on her mask, an all too familiar feeling as a nurse, and drove to Forest Hills Foods. Taking a bit longer than it should to just grab a few things, she entered our house again hours later with puffy eyes and flushed cheeks. It seemed that the empty aisles were too full.

Too full of masked faces—many young, but far too many old.

As my mom set the table for dinner that night, she told me she wasn’t going to the store ever again. I nodded, and we ate the salads in silence with only the hushed voices of the TV to fill the gaps of conversation.

We don’t watch the news in our house. It’s too much, just as the masked faces in the store are too much. Some nights it’s college bowling, other nights it’s old episodes of Friends, but on this night—the night of the silent salads and vow to never go to the store—I saw Elmo on the screen.

Elmo, the furry red Muppet character who speaks in third-person, was the distraction on the TV this night. I hadn’t thought about Elmo in years, but as soon as I looked over and saw him, I remembered. All those days when I was younger positioned in front of our box TV, coloring out of a Sesame Street coloring book, while all of my favorite Muppet characters brought those pages to life. I even remembered my mom and her best friend, my godmother, taking me to see live Sesame Street shows.

So when I saw Elmo on the screen on a zoom call with the other Muppet characters, I started to cry.

I started to cry because virtual play dates exist. Because Elmo was his same joyous self—playing “Elmo Says” and doing handstands and telling his friends to stay in touch. Because my mom kept saying “it’s so nice that they are doing that.” Because we have to watch anything but the news to stay sane. Because we have to make masks to go the store. Because my mom, and every other essential worker, is so brave.

Because I get like ten emails a day from my teachers and sometimes it’s overwhelming. Because everything is so uncertain—whether you watch the news or not, whether you’re “informed” or not. Because it’s not as simple as coloring and watching Elmo anymore. Because the year was so shockingly cut short. Because I haven’t hugged my friends in a month. Because I cry over the little things, for I don’t have enough tears for all the big things.

Because the store was too full of masked faces—many young, but far too many old.