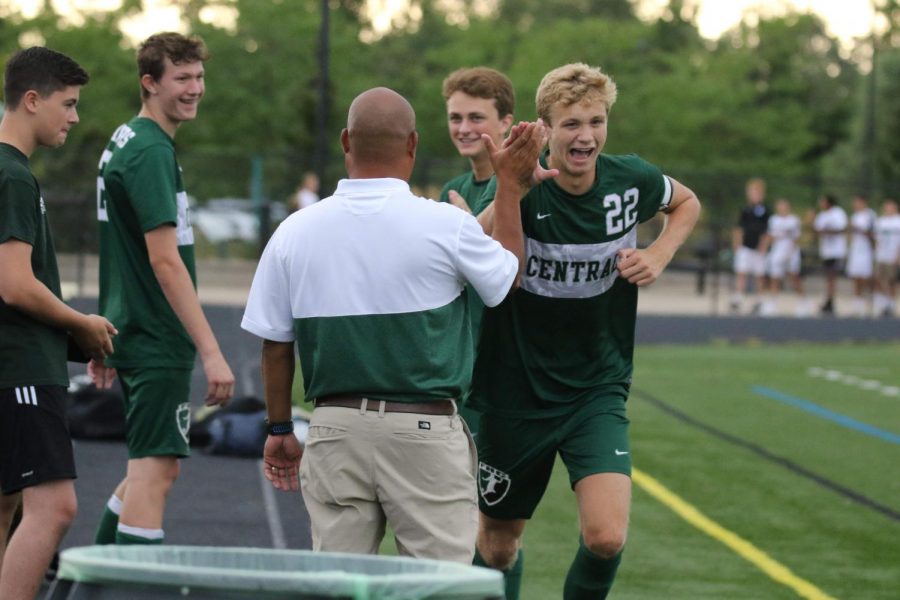 My Life in Sports

Fellow sports editor in chief Tommy Spaletto and I, along with Mr. George, were brainstorming over video chat on what we could possibly write about on the FHC Sports Report with no actual sports taking place. We talked about writing columns on what the sports world looks like right now, doing a series on the seniors that got their season taken away, and even starting our podcast back up from last year—all of which you will see very soon.

In the meantime, we needed something to kick us off. We needed something that one of our sports reporters could just sit down, type, and it would all come out. I thought, what better way to find content than going back in time and revisiting our lives in sports? For all of our writers, sports are not just something they play, watch, or write about; it’s their life.

And the same goes for me.

While each aspect of sports in my life (playing, watching, writing about) has had a profound impact on me, playing has taught me the most valuable lessons.

Since I was a little kid growing up in South Lyon, Michigan, sports have been the centerpiece of my life. Whether it was playing organized soccer from the age of four, gathering the neighbors to play a game of baseball, or playing hockey for hours on the frozen pond behind my neighbor’s house, it took up nearly every moment of my free time. However, none of those meant and still mean more to me than the game of soccer.

I fell in love with soccer just by being introduced to it. From as early as I can remember, I’ve played soccer, starting with rec leagues at the age of four and then moving through the club ranks. While I think those early years taught me the generic things that everyone mentions like toughness, fighting through adversity, having fun, and competing, the past couple of years have taught me even more: nothing lasts forever, you can’t take anything for granted, and have fun.

While club soccer may sometimes be a higher quality of play, for me, it doesn’t even compare to the joy I get playing high school soccer. It’s not the club soccer system’s, the coaches’, or your teammates’ fault, it’s just how it is. Unlike the club setup, for the school, you’re playing in front of and with your friends, you’re seeing the guys you play with every single day, and you’re fighting for the logo on the front of your uniform—the students, the teachers, and the community you interact with every day. This aspect has taught me time and time again that you’re playing for something more than yourself, and you should be having fun while doing it. If you’re not enjoying what you’re doing, you’re doing it for the wrong reasons.

As I mentioned earlier, this sport has also taught me to take nothing for granted. Throughout my entire soccer career up, I had never sat out a game up until this past year. With a knee injury that sidelined me for a couple of games early on and a season-ending concussion in our last regular-season game, I learned the hard way what life was like without playing soccer. As much as I enjoyed encouraging my teammates, yelling out instructions, and developing relationships with people I hadn’t interacted with as much, there’s nothing like being out there battling for something meaningful with your team. Sitting out our two playoff games was really, really tough for me, and I’ll never forget what it means to be out on that field.

Later in my childhood, I took up basketball. I’ve always been a pretty tall kid, but I didn’t really start basketball until seventh grade. Shockingly to me, I made the A team at middle school basketball tryouts. It was a completely new sport for me, and I needed some time to adjust without pressure. To be honest, I hated it that year. Next year, after playing on the B team under coach Paul Ten Eyck with some of my really good friends, I got better, and I started to actually enjoy playing. I didn’t quit.

Freshman year, I kept playing basketball and tried out for the freshman basketball team. I remember not doing the greatest, and I wasn’t horribly confident about making the team. The coaches pulled me in, and while they told me I made the team, nothing was guaranteed playing time-wise. I wanted to have fun with my friends, I wanted to play the sport I enjoyed, and I didn’t want to quit; and so I accepted.

I kept working, and I was adjusting to life in high school basketball. Throughout the year, I was getting better and better, and I got some serious playing time being one of the first off the bench. Then, next year, I’m starting on JV, all because I kept working and didn’t quit. I actually remember my freshman and JV basketball coach Kevin Banner telling me last year that up until the last 30 minutes or so of my freshman tryout, he was going to cut me. Then he mentioned how he saw how hard I was working in that last half hour and that he wanted to keep me around. Thank you for that opportunity coach, because if you had told me as an eighth-grader on the B team or as a freshman barely making it that I would be a varsity basketball player, I never would have believed you. You, my other coaches, and sports in general have each taught me that hard work pays off if you don’t quit.

Not only did basketball teach me that, but it also showed me to embrace my role and that your team can be like a family. Throughout this past year on the basketball team, I’ve seen each guy embrace their role on the team to the fullest, improving themselves, their teammates, and the team overall. This year’s team had such little conflict because of this and the fact that we were so close to each other. We knew we all had a role to fill to reach some of our goals, and we had a ton of fun together while doing so.

With some uncertainty regarding next season as I come up on my final run of high school soccer (and basketball afterward), it’s hard not to think about how much I’m going to miss wearing the FHC jersey. To my underclassmen, don’t take a single game for granted. Fight for every little battle, take in every moment, and take pride in what you do.