The Trials of Gabriel Fernandez intensifies my likings of documentaries 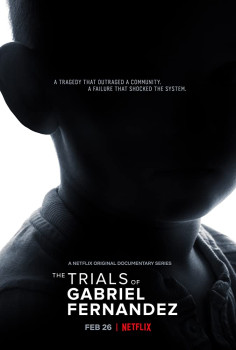 I am not usually one to be interested in documentaries; I find more appeal within fictional shows on Netflix that are spun around dramatic plots and modern timelines.

However, when a heart-wrenching preview of The Trials of Gabriel Fernandez caught my eye on my home page, my sudden interest was nagging at me to press play.

The decision of pressing play is what made my weekend so uneventful.

I sat in my room, computer screen lit, and thoroughly savored every lasting moment of watching these disturbing yet interesting trials.

On this day, seven years prior to the release of this series, little eight-year-old Gabriel Fernandez passed away. His mother, Pearl Fernandez, and boyfriend, Isauro Aguirre, were undeniably held responsible.

Gabriel was found unresponsive by his brother in a Palmdale apartment complex in California when 911 received a call from Pearl—a call that held no semblance of panic nor worry. Pearl claimed that Gabriel had “slipped in the bathtub,” but soon enough, that statement was found to be a mere coverup of the sickening truth.

The opening shot introduced the plotline very well. We hear scenes of ambulances driving recklessly along the highways of Los Angeles County. The 911 responder was desperately communicating through the phone, trying to save this little boy’s life. At this point, Gabriel had only been living with his mother for six months; he had only ever lived with either grandparents or other relatives for now-obvious safety reasons. Yet during this six month period, the Los Angeles County’s Department of Child and Family Services (DCFS) received multiple frightening calls about various reports of abuse in this home. However, every time, no evidence of abuse was found according to the official reports.

The Trials of Gabriel Fernandez, directed by Brian Knappenberger, is a six-episode docuseries with an exclusive look into this horrific case. District attorney, Jackie Lacey, brought child abuse charges against social workers who handled Gabriel’s case. Additionally, Jonathan Hatami was the lead prosecutor of the case; he was an integral part of leading the victims to their deserved sentences and trying the guilty social workers.

According to them both, the workers deliberately ignored the blatant abuse that was occurring and never took the initiative to remove Gabriel from Pearl’s custody. Thus, this series of trials took place not only due to Pearl and Isauro’s fault but the four social workers who did not do their jobs as well.

In this day and age, Gabriel would be fifteen—my age. It’s hard to process that he could still be on his Earth if it weren’t for his cold-hearted guardians. Gabriel deserved a life full of happiness, romance, and intimacy. However, Pearl and Isauro brutally took that away from him.

Within the documentary, each episode explores deeper and darker into the case of Gabriel Fernandez, and the six segments were most definitely worth my weekend.