On My Block season 3 gave viewers a meager continuation of Monsé, Cesar, Ruby, and Jamal’s story 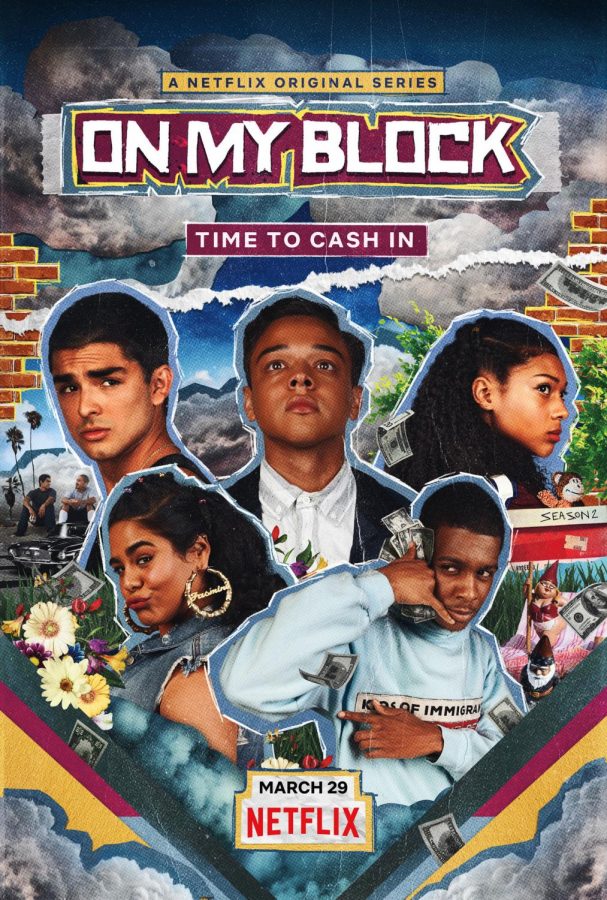 I became engrossed in On My Block almost immediately after the release of its first season in 2018. The show describes the experiences of four unique, diverse protagonists living in inner-city Los Angeles as they attempt to maneuver beginning high school and their relationships with each other.

Featuring the perfect mixture of emotion-provoking events and comic relief, the three seasons of On My Block provide a story that I can’t seem to turn my eyes away from.

The third season commences with the reveal of who kidnapped the quartet: the leader of the Santos named Cuchillos (Ada Luz Pla). Cuchillos tasks the quartet with the job of finding Little Ricky—Cuchillos’ ex who is believed to be dead by everyone except Cuchillos. Cuchillos’ reward is money, and Ruby and Jamal are attracted to this because Ruby’s family is experiencing financial issues due to Ruby’s previous hospital bills, and Jamal owes his dad money.

The other seven episodes of the season show the quartet dealing with finding Little Ricky, Monsé putting off leaving for boarding school in fear that the quartet will drift apart, Monsé and Cesar’s constant on-and-off relationship, Jamal and mysterious character Kendra’s (Troy Leigh-Anne Johnson) “relationship,” Ruby and Jasmine’s budding relationship, Monsé’s estranged mom passing away, Monsé and Jasmine becoming best friends, Cesar and Oscar’s dad being released from prison and visiting, taking down Cuchillos, and so much more.

Easily one of the best parts of On My Block season 3 was watching Ruby finally find happiness in a relationship through dating Jasmine. Ruby experienced trauma and heartbreak during the finale of season 1/opener of season 2 when his crush Olivia (Ronni Hawk) was shot and killed at her quinceanera. Ruby symbolizes the soul of the quartet, so I really wanted to see him finally happy.

The most disappointing aspect of the third season is its length; it only features eight episodes that are each roughly thirty-minutes long. The first two seasons have ten episodes, so it was definitely disenchanting to be deprived of an hour more of the quartet’s story. With this being said, the overall plot of season 3 was rushed, and the season finale feels like a series finale.

On My Block has yet to be renewed for a fourth season; however, if it does, I hope to see a full season and the continuation of the authentic portrayal of the four inner-city LA teenagers.