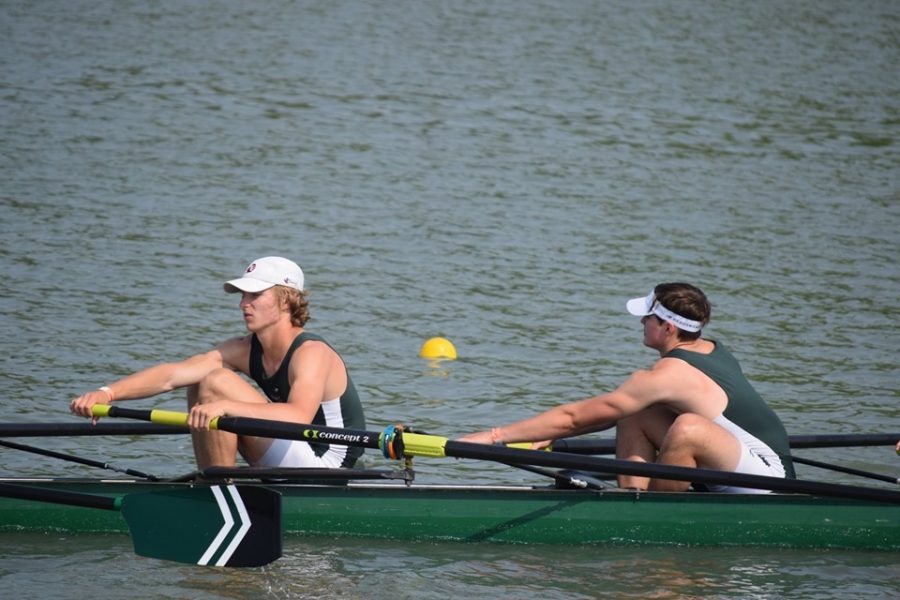 “Missing the Senior crew season meant a lot to me. As a team, we had high expectations for the season. A lot of work was already done, and I really wanted to see how the season unfolded, especially with the great results we saw last year.”

“My reaction when the season was canceled was immense sadness, knowing that my last chance to race was gone really took a lot out of me. Also, crew has a very long conditioning period, from winter break to spring, so it felt like a lot of work went to waste.”

What has crew meant to you throughout your high school career?

Crew has meant everything to me over the past four years. Sticking with the cult stereotype that is associated with crew, I was fully engulfed in crew for the past years. We all eat, sleep, and breathe crew. It has given me opportunities to meet new people and go to new places that aren’t available in other sports. Literal blood, sweat, and tears went into this sport from me, and I’m not sure if I’ll ever find anything like it again.

I’ll miss a lot about crew like the food tent, the adrenaline rush, and the trips to Canada and Ohio. But most of all, I’ll miss the family that was built up around crew, the parents, the coaches, and my fellow teammates. I made some of my best friends while rowing and wouldn’t have wanted to row with anyone else for the past four years.”

What is your proudest accomplishment while at FHC?

“My proudest accomplishment actually didn’t come while rowing as a Ranger. While rowing in the fall for Grand Rapids Rowing Association, I was selected to row in the Head of the Charles in 2018. This is the largest two-day regatta in the world. I got to travel to Boston during the school year and race against some of the fastest boats in the world. While we didn’t come in at a great position, we rowed a very clean race in front of around 100,000 people.”

“To the underclassmen that still have time left, soak it in. You have so much time to worry about grades and college, and while you might not realize it, you are making many memories and friends.”

“To the FHC community, thank you for the constant support and love that you have shown me and the crew team as a whole. “