The game of Rocket League 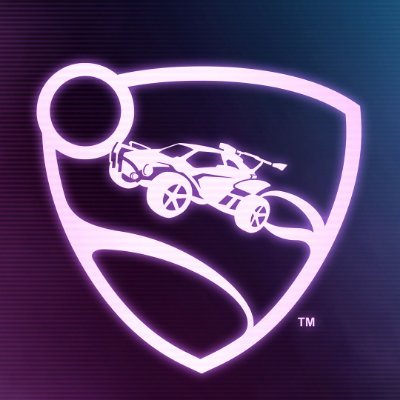 The world of sports is evolving by the minute; the semi-newly popular idea that is often under looked is the world of esports. Next year, the global esports economy is expected to generate more than $1.1 billion. One of the biggest esports of our day is the game earlier known as Supersonic Acrobatic Rocket-Powered Battle-Cars. This vehicular soccer game was birthed by a well-renowned sports creator Psyonix in 2008. Rocket League is the current day sequel that is played by tens of millions of gamers and is seen in the world of esports as one of the greats.

This physics-based game is fairly self-explanatory. Each player has a car that they can customize and change as much as they choose. Once the specific player has the qualities of their choice, they can enter a variety of game modes: from 1v1 to 3v3, or other random game modes such as Dropshot or Rumble. The basis of the game is to score as many points against the opponent as possible without getting scored on—much like soccer but with cars—in a 5 minute period, and whoever has the most goals wins. This game has also attracted an array of esport clans such as NRG and Cloud 9 and multiple gaming pros such as C9 Squishy and NRG Turbopulsa.

Jacob: During late winter of 2016, my brother and I bought an Xbox One S, where we spent a lot of time on Battlefield One. Later that year, we purchased the game that everyone seemed to be playing: Rocket League. As soon as I started playing, I was hooked, however—along with most other new players—I was terrible. After a lot of hours, I finally started to get the hang of it. I later went on to research how the pros play and found out that this game is unlike any other. The skill gap in Rocket League really makes it stand out and brings a plethora of competitive play styles to the field. Although the idea of this game remains fairly simple, the creativity and skill that it takes to play is immense and is what makes me love the game.

Cam: During season three of Rocket League’s existence, I downloaded the game onto my new Xbox One—an upgrade from the Xbox 360 I had owned previously. Upon loading up the game for the first time, I was immediately blown away by the customization available for me to personalize my car, which only improved over time. At the time, the only way to practice your skills outside of an online match was either through the poorly executed in-game training packs or through free play. According to the highest-ranking players in the game, the fastest and most effective way to improve your mechanics was to use free play as much as possible. Unfortunately, I didn’t begin to take full advantage of this feature until years later in season 8. This was when I made the jump from platinum to diamond, something I had been trying to do for a while. The highest rank I have attained so far is champion two, division three, and I have hopes of one day becoming a grand champion. Rocket League remains one of my favorite games to this day because of the sheer fun it brings me as well as the unique idea that it encompasses.

Like most things in life, change comes with time. In Rocket League, this change only took three seasons before occurring. The change I’m referring to is that of the ranking system. Seasons one through three used a four rank system that ordered from lowest to highest: prospect, challenger, star, and champion being the highest. Beginning in season four, Psyonix converted to a 6 rank system that ordered from lowest to highest: bronze, silver, gold, platinum, diamond, and lastly champion. One thing that did not change, however, was the rank reserved for the most elite players in the game, grand champion. Today less than 1% of all people who play the game are worthy of this title, and it continues to become harder as the player base increases.

Rocket League is certainly one of the best games to ever be released and will continue to grow in size and popularity for a long time. It has affected each of us in a powerful way and has given us hours upon hours of fun and moments we won’t forget anytime soon.