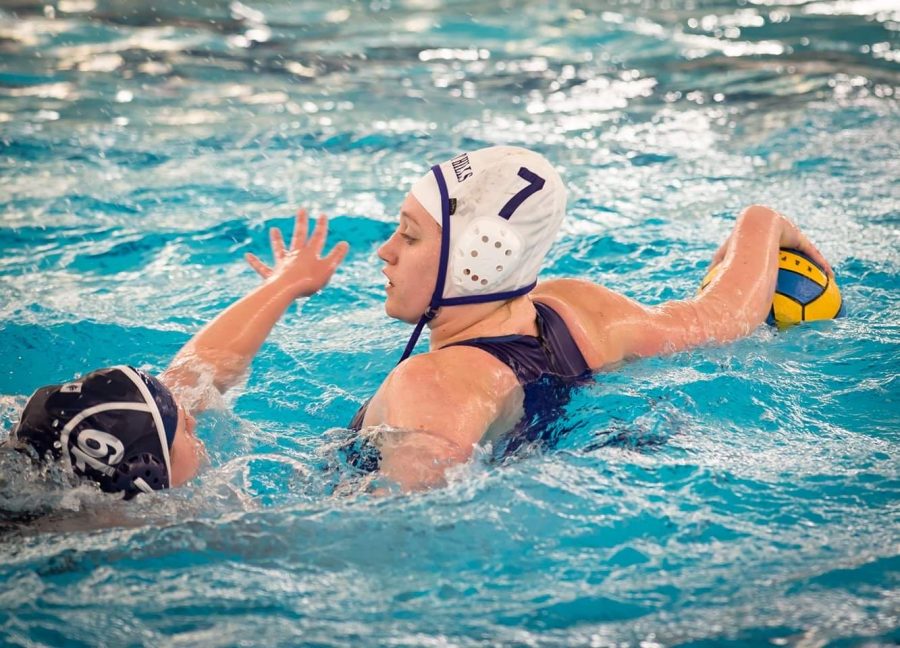 Future plans: Majoring in English at the University of Oklahoma

What does missing out on your Senior water polo season mean to you?

“For me, it’s very surreal that I will possibly never play water polo again. This season for us was going to be our ‘comeback season,’ because during the offseason, many of us joined a club team which we all learned a lot from. Our team has never made it States, and we were all hoping that this year would be the year for us to go.”

What was your reaction when MHSAA announced that the Spring sports season was canceled?

“After the Winter sports weren’t able to finish their seasons, I knew that it was only a matter of time before the Spring sports got canceled as well. While I was not surprised by the decision the MHSAA made, I was also disappointed that I wouldn’t get to play the sport that I love so much.”

What has water polo meant to you throughout your life/high school career?

“For basically all of my life, I have done competitive swimming and have never really done any other sport. Water polo for me was such an important part of my life because it was such a new and exciting sport that I loved quite quickly. This sport is also very important to me because it gave me so many new friends because our team is a mix of all three high schools.”

What is your favorite memory of FHC?

“As for sports, particularly spring sports, my favorite memory would have to be during a game last year for water polo. We were going against Zeeland, and just two weeks before, we had lost pretty badly to them. Shortly after the game that we lost, we went up against them again, and our team had such a determination that I was so proud of. We not only played one of the best games that season, but we also beat Zeeland. It was such an amazing game that I will always remember.”

What are you going to miss most about competing for FHC?

“I am going to miss simply being a part of a team. For the past four years, these girls have become another family to me, and I can’t imagine not being able to be with them next year.”

What is your proudest accomplishment or highlight as a Ranger?

“For two and a half years, I had worked to attempt to accomplish a backhand shot. During practices and games, I practiced making this certain shot many times. It wasn’t until halfway through the season in my sophomore year that I finally accomplished my goal. It was so amazing to finally accomplish something that I had been working so hard on for such a long time.”

“This is so cliche, but enjoy the time you have on the team while you can. Our coach always tells us to give everything you have during a game because you never know if it will be your last time playing. I never really knew how true this was until now. These girls have only four years to play this sport. I would say to them to just enjoy it because you never know when your last time in the pool is going to be.”

“I just want to say thank you to not only FHC athletics but also to FHC in general. During these past four years, I have learned so much and made so many friends, and I will miss everyone so much next year.”