What are the Packers Doing? 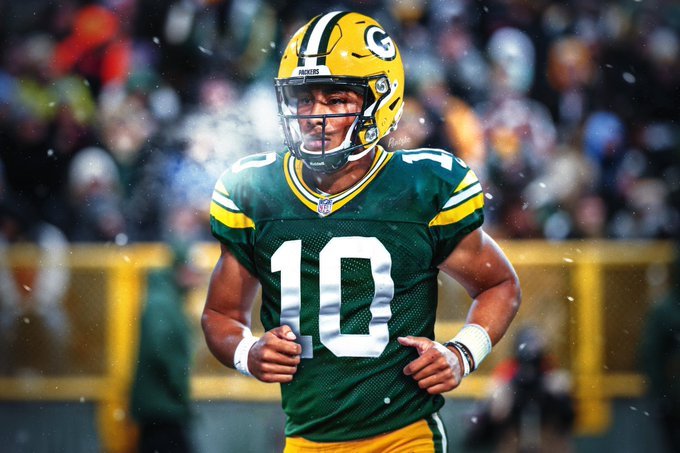 As a Packers fan, watching them take quarterback Jordan Love from Utah State in the first round, and trading up for him too, was just questioning. I went straight to anger. I threw my hat, took off my jersey, and yelled at my TV for what seemed like forever. As for the rest of Packer nation, I think we can all agree that we are mad, confused, and somewhat horrified about the way head coach Matt LaFleur and GM Brian Gutekunst drafted their draft class. Let’s dig deep into some of the reasons why the Packers drafted the way they did this year.

As Coronavirus has been canceling every sports-related event in the past month, I was looking forward to the first round of the NFL Draft. It was a pretty normal draft from the start. Not many trades were made, and I personally thought that every team drafted very well. That was until the 26th pick in the draft.

When the Packers signed Aaron Rodgers to a 6-year extension back in 2018, worth almost $160 million. I thought that Rodgers would play until 2024, and that he would lead us to another Super Bowl later on. The 2018-2019 season was plaguing for Rodgers and the Packers as they dealt with injuries all year, and finished 7-8-1. With the firing of former head coach Mike McCarthy, the Packers were looking for their next head coach, and they found what seemed to be a perfect fit at the time.

Matt LaFleur was hired by the Packers in March of 2019. With Rodgers, star wide receiver Davante Adams, and flashy second-year cornerback Jaire Alexander returning, the Packers looked towards the future.

LaFleur said in his first press conference that “we are building for the future, and it revolves around these guys.” With the help of free agency, the Packers signed their future x-factors on defense. With the signings of edge threats Za’Darius Smith, Preston Smith, and former Chicago Bears safety Adrian Amos, the Packers were looking to make an attack on what seemed to be a stacked NFC North division at the time.

The Pack Attack would stroll through the regular season and into the playoffs at a record of 13-3. They would beat the Seattle Seahawks in the divisional round but got beat the next week in the NFC Championship at the hands of the San Francisco 49ers. The Packers defense gave up over 300 yards of rushing that day and 186 yards before contact was made. This past season made all Packers fans surprised and happy, but they knew that the front office had a lot of work to do in the offseason on the defensive side.

With the 2020 offseason getting started, the Packers had one main focus it seemed, and that was defense. They signed former Browns linebacker Christian Kirksey in free agency, and that was about it for major trades and signings. With this, all Packers fans, along with myself included, knew that they needed to draft either a linebacker or a defensive line player. With the linebacker core being very deep this year, the Packers didn’t need to move up it seemed, but all went haywire as the 26th pick rolled around in the draft.

The Dolphins were on the clock with the 26th pick. The Dolphins had three first-round picks that night and were looking to add on to their already impressive draft class. I was watching a draft show through Instagram, and I heard that the Packers traded up to the 26th Pick with the Dolphins.

I said, “Okay, we can get a good linebacker here.” LB Patrick Queen from LSU was still on the board after his draft stock dropped the week leading up to the draft. I had switched over to Pat McAfee’s show that night in between the 25th and the 26th pick because they seemed to break the news about the pick earlier than everyone.

I heard Pat say, “I saw Jordan Love’s name go across the screen before the announcement of the pick.”

I was in shock at this point, saying “No, this can’t be happening.” And then, they officially announced that the Packers drafted Jordan Love with the 26th pick in the 2020 NFL Draft.

I was questioning why Lafluer would draft like this because Rodgers still has 4 years left on his contract, and that means we still had 4 years left before he would possibly retire to get another QB in the later years.

According to Gutekunst, “Love is a one of a kind athlete, and there wasn’t any doubt that we would draft him if he fell to us.” There are plenty of guys like Love in college, and you can’t wait one more year to draft a QB? And on top of this, the first guy he took that we needed was in the fourth round when they took a linebacker from Minnesota. They drafted Boston College RB A.J. Dillon in the second round and a tight end from Cincinnati in the third round. With all of these terrible draft decisions, I can’t come to a conclusion of what they are doing exactly, but I can tell you what I think the Packers are doing. I believe that the Packers are looking toward the future. LaFleur wants to implement his dual-threat offense later on in his career at Green Bay, and he was looking for his guys in this year’s draft class.

Even if you aren’t a Packers fan like me, you can’t help but realize what made them draft like this. Even if your team drafted well or didn’t, we can all agree that we can look forward to the future of the NFL in this year’s draft class.