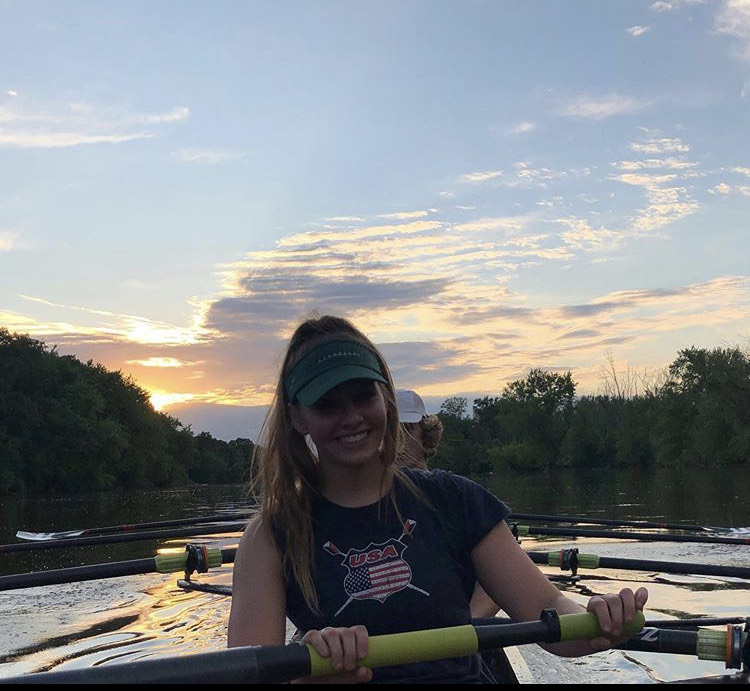 “Everyone always told me that the senior season was the best and although we only had a few weeks of indoor training, from that little time we got to spend together it definitely outranked past seasons. So I guess I’m missing out on being able to find out how amazing it would have been.”

“I think that deep down we all saw it coming, but no one wanted to be the one to say it. I wasn’t shocked when they officially announced it, but my heart still sank a little.”

What has crew meant to you throughout your life?

“Crew was a big part of life. I met my best friends through crew, I learned how to be a part of a big team, and I have thousands of amazing memories.”

“Winning states freshman year in a four, that definitely fueled us for the next three years.”

“I’ll definitely miss the people the most. They were always the best part of the day; there’s nothing like being out on the water on a warm afternoon with your best friends.”

What would you say to underclassmen who still have time left rowing for FHC?

“I would tell them to not take the time they have for granted. Not just crew but school as well, the things you hate doing now are the things you’ll miss when you can’t do them anymore.”