The Central Trend • May 8, 2020 • https://thecentraltrend.com/86450/fx-student-news-show/sports/the-dombrowski-effect/ 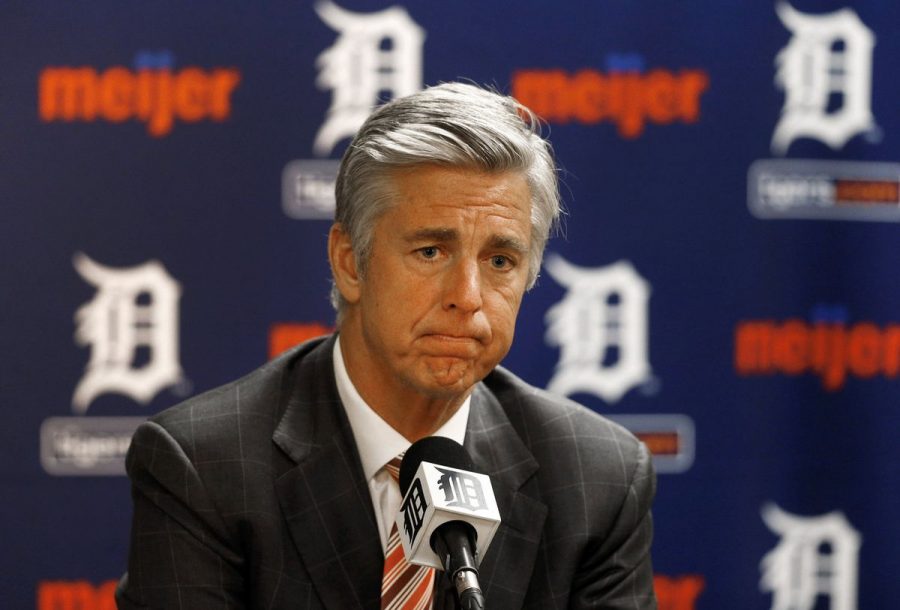 Most Detroit Tigers fans who followed the team from anytime between 2002 and 2015 know who Dave Dombrowski is. Dombrowski served as the Tigers’ general manager during these 13 seasons in Detroit. His tenure is most notably highlighted by two World Series appearances in 2006 and 2012, and he has worked the same magic for other clubs including the Miami Marlins—back when they were the Florida Marlins—and more recently the Boston Red Sox. His four World Series appearances would lead one to believe that he knows how to shape a ballclub. But what if he only knows how to destroy its future?

I know, I know—this may seem like quite the criticism for a man who has achieved so much, but I will prove how his tactics only prepare teams to fail down the line, long after he’s gone. The story starts in 1997; with Dombrowski as the general manager, the Marlins won their first World Series behind manager Jim Leyland and notable players including third baseman Bobby Bonilla, shortstop Edgar Renteria, and left fielder Moises Alou. These players, and many more, were overpaid when they were signed as free agents, and Dombrowski sold off many of them that offseason to allocate more funds to buy better, younger players. But Dombrowski failed to rebuild the team, and the Marlins weren’t able to achieve a winning record for his last four years in Miami. He then packed up his bags and moved to Detroit in an attempt to get it right this time with the Tigers.

The Tigers had finished with a poor 66-96 record for the 2001 season so right away, Dombrowski had work to do. They sank even lower in 2002, finishing dead last in the American League Central with a horrid 55-106 record. Dombrowski’s start couldn’t have gotten off much worse—until it did in 2003. This season is one most Tigers fans don’t like to speak about: the team finished with 119 losses, to this day the most out of any team in the MLB in the last 58 years, and the most in Detroit Tigers history. Luckily, this darkness brought a light named Justin Verlander to the Motor City. The team was getting itself out of the gutter and trending upwards. After losing 20 more games than they had won in 2005, the Tigers signed Jim Leyland, the manager who had won a World Series in Florida under Dombrowski, and the Tigers rode a wild card spot all the way to the World Series. Unfortunately, they dropped the series in five games to the St. Louis Cardinals, but this expedition marked progress. Detroit would trade for Marlins up-and-coming star Miguel Cabrera in the 2007 offseason, a trade following Dombrowski’s template. Trade/sign big-name players for more than you should acquire them for. I’m not talking down on Miggy; he is one of the best Tigers of all time, and his 2012 Triple Crown year is one of the best in baseball history. Although Dombrowski received pitcher Dontrelle Willis in the trade as well, he would give up six prospects, one of which, pitcher Andrew Miller, would blossom into a two-time All-Star, 2015 Reliever of the Year, and 2016 ALCS MVP.

With Miggy and Verlander headlining the roster and newly signed Prince Fielder in the 2011 offseason, Dombrowski seemingly had all of the pieces in place to finally bring the first World Series to Detroit since 1984 in 2012. Not to mention other star pitchers, including Max Scherzer, Doug Fister, and Rick Porcello. The Tigers almost made it to the promised land yet again but to no avail as they were swept by the powerful San Francisco Giants. Dombrowski made another splash by picking up David Price two years later, but by that time, fans were wondering if these players were falling out of their primes. This wasn’t actually the case, though; players like Verlander, Scherzer, Price, Porcello, and more seemingly aged five years backward with their new teams. With all of the stars out of Motown, and no more prospects enticing enough to lure any new big names to stop by, Dombrowski left for the Red Sox at the tail end of the 2015 season.

Boston had more fortune with the same copy-and-paste strategy. Dombrowski would eventually team up again with Price and Porcello, and he would win his second World Series in 2018 while in Beantown. But what did Boston have to pay for it? Their future. Dombrowski was fired just before the conclusion of the 2019 season, but the damage was done. Even as one of the most promising teams in the league year in and year out, this year, Boston’s minor league farm system is ranked 25th out of the 30 MLB clubs.

Long story short? Dave Dombrowski likes to win, quickly, and if he can’t, he moves on to the next team that can’t see their future through the filler of his World Series appearances, and they’ll be lucky if they get one championship out of him before they realize he’s gone.