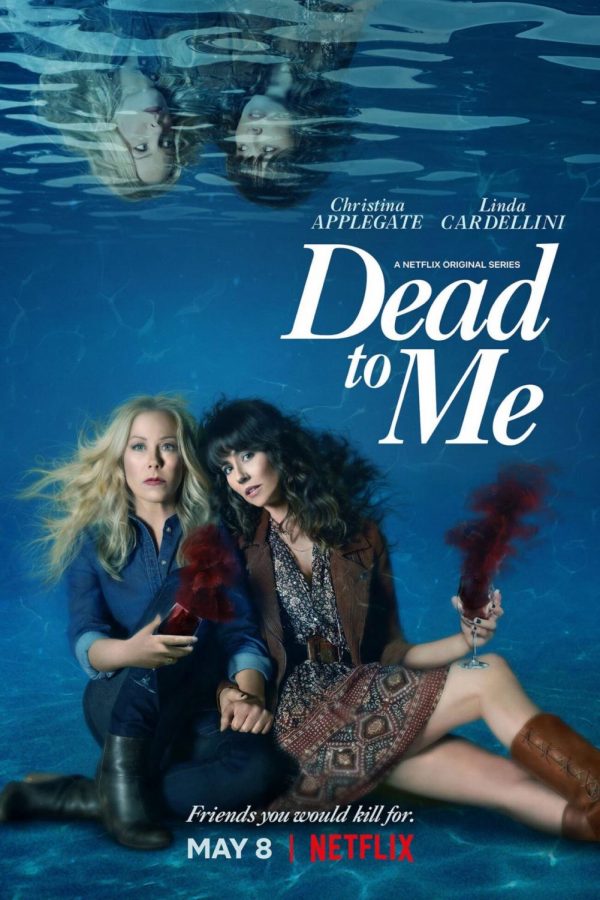 After watching season one of Netflix’s Dead to Me, I anxiously awaited the day that season two would be available to watch. In the transition of seasons, the dark comedy became even better than the original and was able to soar to the most popular show on Netflix in just a couple of days.

After Judy (Linda Cardellini) commits a fatal hit-and-run on Jen’s (Christina Applegate) husband, the two form an unlikely friendship full of twists and turns. The shocking accident that concluded season one turns into the driving force of the second season, and the episodes are filled with surprising coincidences that all build on the greater problem facing the characters.

Although both Jen and Judy find themselves in the midst of new romantic relationships, the main focus still remains on the polar opposite friends. Applegate’s acting truly allows for any viewer to feel her pain and confusion, and Cardellini is certainly able to turn a somewhat annoying character into a predictable woman that you cannot help but feel sorry for.

In the action-filled season, Jen’s children Charlie (Sam McCarthy) and Henry (Luke Roessler) also find themselves caught up in the drama and romance. Charlie, Jen’s teenage son, finds himself in the midst of trouble as his curious mind drives him to figure out the circumstances surrounding his mother’s life and relationships.

Each episode of the season brings new surprises and contortions that any viewer would never see coming. This element of surprise that each episode brings makes it impossible to not binge-watch the entire season in just one sitting. With nearly every episode ending in an exciting cliff-hanger, I found myself watching episode after episode with no stop in sight.

Although the plot of Dead to Me seems as if it may be fairly common, after getting a few episodes in, it is suddenly apparent that Netflix is rarely able to produce a show with so much thrill, action, and comedy all at once.

Not only is the show an excellent source of entertainment, but it is filled with messages and lessons that many people will be able to relate to. Loss, friendship, and love are a part of nearly every life, and Jen and Judy are certainly able to teach the audience countless lessons about all of these subjects.

Although the circumstances within the plot may be a bit overly-coincidental at times, the outstanding acting by every cast member makes each event truly believable. Their emotions are able to lure in any viewer and make them believe that they are living the drama right alongside the cast.

While Netflix originals can often be cliche and formulaic, Dead to Me certainly does not fit into the trend, and the action-filled comedy can appeal to any viewer in need of a Netflix binge.