The Central Trend • May 15, 2020 • https://thecentraltrend.com/86590/opinion/trolls-world-tour-wasnt-as-good-as-its-predecessor-but-good-nonetheless/ 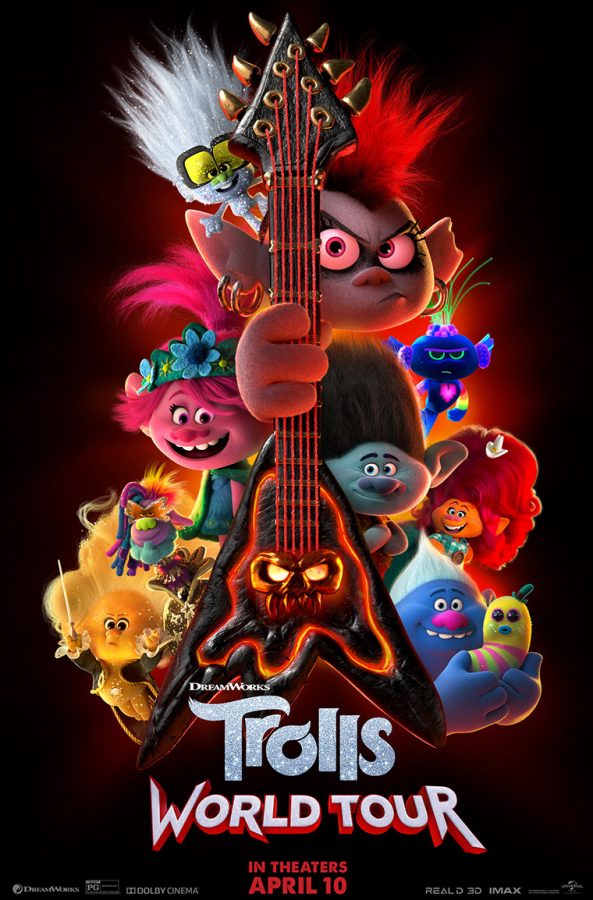 In quarantine, there hasn’t been much to look forward to. So, was my calendar marked for April 10 because that was the day Trolls World Tour was released digitally, even though I had seen Trolls maybe once, and two years ago at that? And did I make my parents pay 20 dollars on the night of April 10 to rent the movie for only 48 hours?

But if there’s one thing that the movie taught me besides the importance of being inclusive and respecting, appreciating, and valuing differences, it’s to have fun every one in a while and to not be so uptight. With such a scary world going on outside of the safety of my house, Trolls World Tour gave me a 91 minute-long escape from that world and allowed me to, for the first time in a while, genuinely smile, laugh, and enjoy myself.

Trolls World Tour, the successor of Trolls (2016), follows Queen Poppy (Anna Kendrick) and Branch (Justin Timberlake) on their journey to unite with four other troll tribes: funk, classical, techno, and country. The sixth tribe, the rock tribe, is under the leadership of Queen Barb (Rachel Bloom) and is attempting to destroy all other music through capturing all of the trolls, stealing each tribe’s music string, and using the six music strings to make every troll a rock troll.

Along their journey, Branch becomes frustrated with Poppy and her leadership skills, and they get in a fight once he tells Poppy that she will never be a successful, respected queen if she allows her stubbornness to guide her every decision. When Barb finally is in possession of the pop tribe’s music string, Poppy is forced to reconstruct her leadership skills and lead the way in saving all of the trolls and their music.

One very distinctive part of the Trolls franchise is its animation, and Trolls World Tour was able to expand upon the creative, sophisticated animation used in Trolls. From every grain of grass to the ends of the trolls’ hair, the animation is extremely detailed and pleasing to the eye. The medley of colors and textures the movie was able to incorporate and make look real is impressive, and the overall animation is some of the best I have ever seen.

Another well-known element of the franchise is its soundtracks. “Can’t Stop the Feeling!” by Justin Timberlake was the hit of the first movie: it went #1 in seventeen countries. Timberlake produced yet another hit for the sequel in his song with artist SZA titled “The Other Side,” however, I was disappointed that the catchy song was incorporated more into the trailers for Trolls World Tour than the movie itself.

I know how restless being in quarantine can make you, especially since we are so close to its end. So if you’re looking for relief from the stress and anxiety of quarantine, I would recommend renting Trolls World Tour.