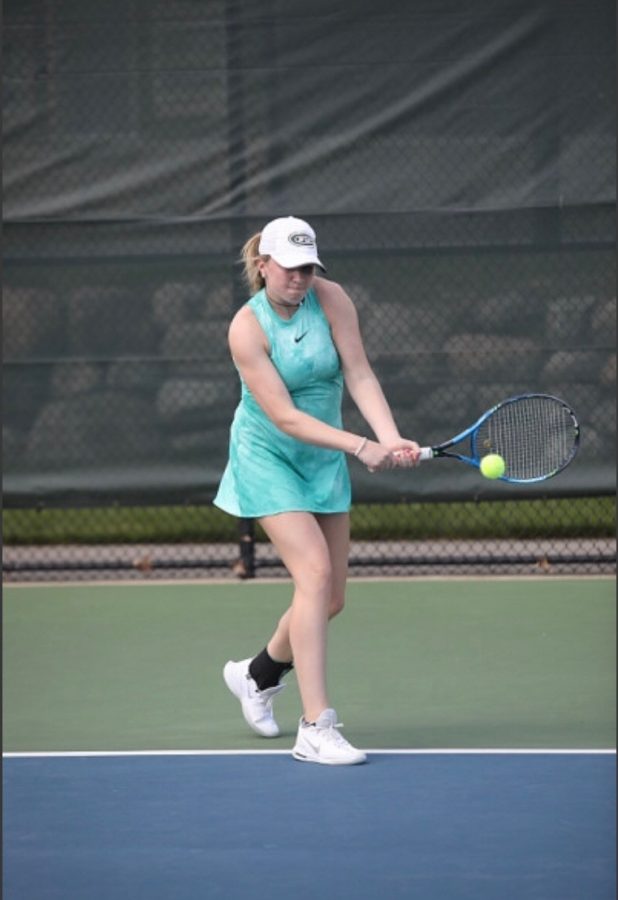 Future Plans: Continuing her golf and academic career at Saginaw Valley State University in the fall

What does missing out on your senior season mean to you?

“Missing out on my final tennis season was heartbreaking for me. I was really looking forward to playing one final season before heading off to college. Not being able to be with the girls on my team was the worst part of all because we bonded so great together.”

“Honestly, once they canceled the boys state swim meet and the girl’s gymnastics state meet, I knew that it was a pretty serious thing and that it was probably only a matter of time before they would cancel spring sports. When they made the final decision, I was devastated.”

What has tennis meant to you throughout your life?

“Tennis has been such an important part of my life ever since I started on a country club team, and that turned into playing in summer camp tournaments all over Michigan. It was also a sport that my mom and I could play together because she also played at FHC and still plays to this day. In high school, I was able to meet so many talented players, and I really enjoyed my tennis career at FHC.”

“The best moment on the tennis court was in my junior year. I sprained my ankle in the second match of the season, but at the Regional tournament at the end of the season, I beat East Grand Rapids in a three-set match to clinch our final point so that the whole team could go to the state finals. It was my first time making it to a Regional finals match.”

“I am going to miss the overnight tournaments, especially the state finals. Those were the times when our team would bond the most, and it just feels so different and special when you get to travel together.

What would you say to underclassmen who still have time left to play at FHC?

“I would tell them to never take any moment for granted and to just enjoy the time they get to spend on and off the court with the team because it goes by fast!”

“I just want to say thank you to everyone who supported me in my athletic and academic careers at FHC. Without my teammates, parents, and coaches, I wouldn’t be where I am today.”