The Central Trend • May 16, 2020 • https://thecentraltrend.com/86608/fx-student-news-show/the-nike-takeover-of-professional-sports/

The Nike takeover of professional sports 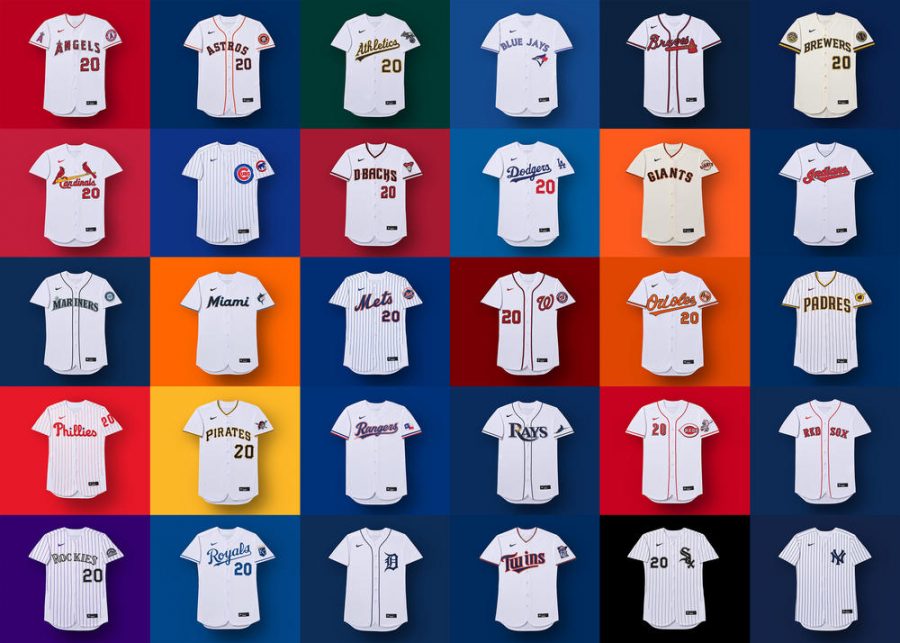 The deal between Nike and Major League Baseball—that gives Nike the exclusive rights to make the jerseys for the MLB for the next decade—was announced in January of 2019 and just over a year later, the new jerseys that MLB players would be outfitted in are in mass production. These new Nike-produced jerseys do not provide any egregious changes to the threads for perhaps the most traditional sport in the nation, but complaints from fans have flooded in about the only change being the iconic Nike swoosh embroidered on the front of the jersey replacing the logo of Majestic, the previous manufacturer, on the right sleeve.

This partnership with professional baseball falls into an ever-developing list of professional sports leagues Nike has gained exclusive rights to for jersey production. The first came eight years ago, as Nike took sole possession of manufacturing NFL jerseys, and this deal has been extended from its original final year of this year to the new expiration year of 2028. More recently has been the takeover of the NBA. This deal came into effect starting in the 2017-18 season and will last until the end of the 2025-26 season, unless it is extended similar to the deal between Nike and the NFL.

These acquisitions on their own yield no problems, but two quite apparent controversies have appeared elsewhere. Firstly, the quality of the jerseys. Nike is known for producing very lightweight and moveable apparel, but when the clothing becomes too light, it rips. This is exactly what happened when the Nike NBA jerseys were first rolled out: malfunctions were experienced by both fan versions of the jerseys and the authentic version the players wear on-court. Even the biggest stars experienced these faults, including Lebron James, Draymond Green, and Ben Simmons, to name a few. The ripping came mostly from the player-worn editions, but peeling and decaying of the decals and numbers on the fan versions occurred.

The other gripe some fans have had with Nike jerseys is the design, or lack thereof. As Nike inherited the rights from other companies before them, they have done nothing to change the majority of the previous jersey designs. Only a select few teams have had jersey overhauls across the three leagues, the most notable being the Seattle Seahawks of the NFL, the Cleveland Cavaliers of the NBA, and the San Diego Padres of the MLB. They have indirectly responded to these claims, however, by releasing an array of new NFL jerseys this offseason for the Tampa Bay Buccaneers, New England Patriots, Atlanta Falcons, Cleveland Browns, Los Angeles Chargers, and most recently, the Los Angeles Rams.

There have been mixed reactions to Nike jerseys and as the company continues to expand by acquiring rights to big-name soccer teams including Liverpool FC, their jerseys continue to evolve, for better or for worse.