The Central Trend • May 19, 2020 • https://thecentraltrend.com/86654/opinion/charli-xcxs-how-im-feeling-now-her-newest-album-left-me-disappointed-and-confused/ 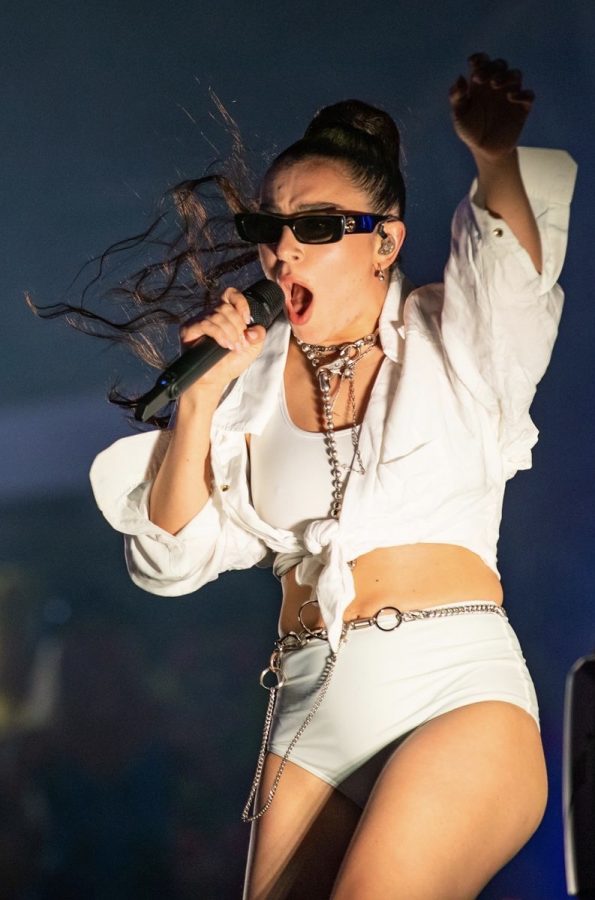 Flashing lights were everywhere, and everyone was filled with anticipation; the first act of the night walked onto the stage, and the speakers behind her blared upbeat music.

It has been a couple of years since I have seen Taylor Swift in concert, but I can remember everything from that night like it was yesterday. The first opening act for Taylor was Charli XCX. When her name was announced, I couldn’t put her name to a face until she walked out on stage.

Charli XCX’s voice is very distinct, so it is easy to tell what song is one of hers. At the concert, Charli performed Boys, a popular song at the time, and I suddenly remembered more of her hit songs. The song I was most familiar with was Iggy Azalea’s “Fancy” where Charli XCX is featured.

I was intrigued when I saw that she had recently released an album because, although I didn’t listen to her music often, I still knew who she was, and I was reminded of the Taylor Swift concert.

The first song on Charli XCX’s new album how i’m feeling now is “pink diamond,” and it reminded me of an early 2000’s song that I would hear on the radio and never listen to again. It felt very dark and almost heavy metal; I wasn’t intrigued.

I decided to give the next song “forever” a chance. I was surprised to hear the music playing in the back kept the same dark, heavy, choppy feeling, but her vocals were light and didn’t match the music.

Charli XCX’s most played song on Spotify is “claws” having over three million streams. The vocals were extremely autotuned in some areas. I usually like early 2000’s music, but the mix of the vocals with techno and still dark backtrack made me want to cringe.

At this point, I saw the theme of light vocals with dark music playing in the back, and I didn’t like it at all. I could see how some people would like this, but I no longer wanted to listen; I wouldn’t be adding any of these songs to my playlist any time soon.

I wasn’t sure if it was just that I wasn’t used to hearing this type of music, or if I have a completely different music taste, but I did not enjoy even one song on this album. I was very disappointed because I had such good memories of the concert, and now I was let down. I possibly set my standards too high.