The Central Trend • May 19, 2020 • https://thecentraltrend.com/86678/uncategorized/the-creative-way-were-keeping-our-competitive-spirits-alive/ 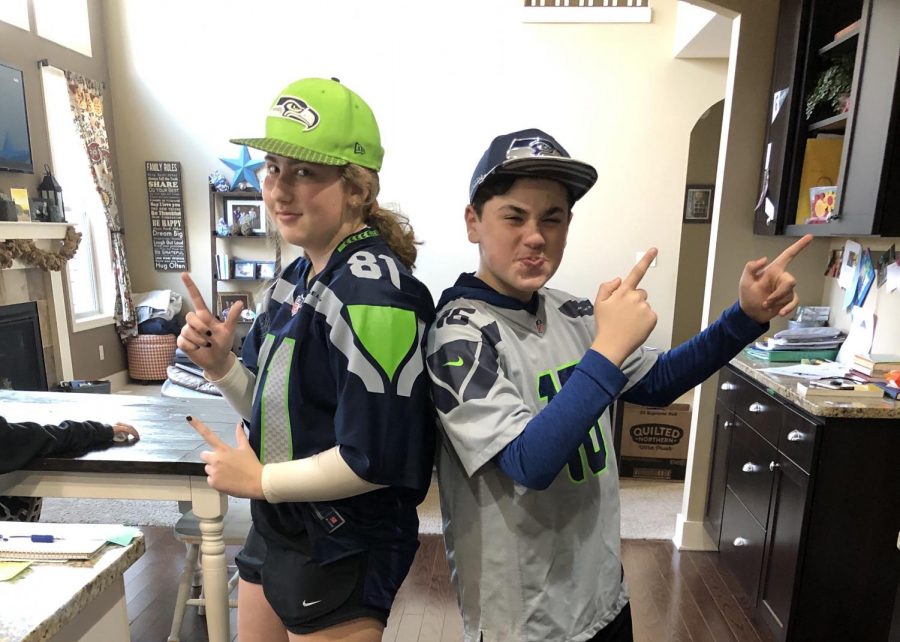 With nothing else to do, my siblings and I like to pull out the cylinders and frisbee and set up a game or two. They usually consist of fighting over who gets JT on their team—because he’s the best—whether the frisbee hit the can or the ground first, and whether or not it’s cheating if I throw the frisbee at my brother’s head instead of the can.

Our Kan Jam tournaments started a few weeks ago.

We spent all day preparing for the three-round tournament. Being teamed up with the best player in the house did something for our team confidence, so we decided to get into the other teams’ heads.

We snuck into my brother’s room and spent forever putting together a matching team uniform so that we were seen as the real deal. We threw on my brother’s Seattle Seahawks jerseys and caps and walked down stairs to show off our masterpiece.

Obviously the other teams love our idea so much they copied it. Their uniforms were lacking the pizzaz our’s had though.

In an effort to continue one-upping each other, we then had to get a team mascot. My mom and sister chose our dog, my dad and youngest brother chose the 7 foot teddy bear that lives in our basement, and JT and I dressed his blowup football dummy in his third Seattle Seahawks jersey.

In line with our competitive spirits, each team created an entrance dance to perform before the first game started—an opening ceremony of sorts. My brother and I spent hours locked in his room learning TikTok dances and editing audio together to make the best dance.

My brother and I may have come in second, an extremely sad upset on our part yet a perfect can on my dad’s part, but spending all day goofing off with my family was the most fun I’ve had in awhile.

It’s been hard to stay busy during quarantine, and we’ve definitely had to get creative, but there is no one I’d rather be locked in my house with than them.