Angels & Demons by Jxdn is a real head-banger 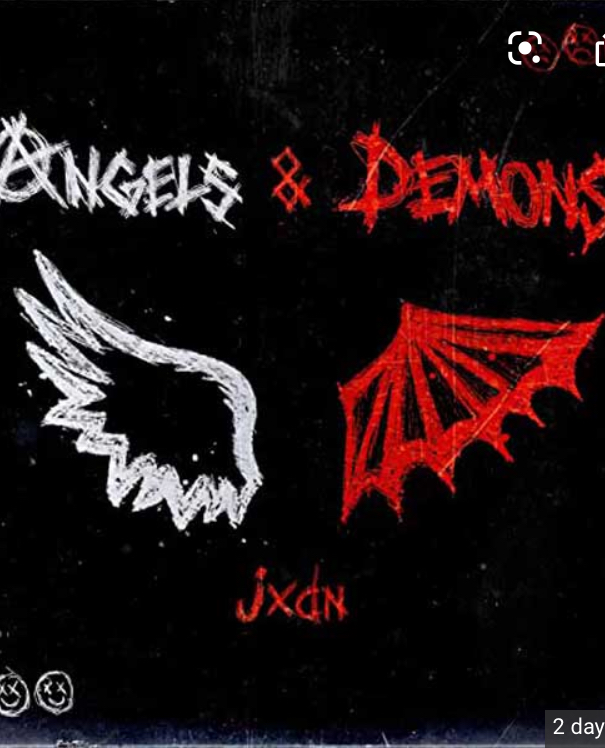 I’ve done a total of four things during quarantine.

I’ve watched a lot of TikToks.

TikTok is actually how I first heard this song, which started as an original sound.

Jaden Hossler—or Jxdn—a creator on the app who some of you may know from the Sway House, had only priorly released one song, “Comatose” before his latest release of “Angels & Demons”.

I’d been following him on TikTok ever since he announced that he was planning on releasing a full length song from his sound, and to say I was excited was an understatement.

The day it came out my friend and I were freaking out. It quickly became one of our favorites, and we already have plans to blast it through her car speakers this summer as the soundtrack to the summer before our junior year.

I also am not being dramatic when I say the song has been on repeat ever since its release a few days ago in my house. My sister, whom I share a wall with, now knows all the words from my constant replaying of my new favorite song.

The rock feel of the song was what originally pulled me to it, but the more I’ve listened to it, the more I’ve appreciated his voice and the angst behind the lyrics. It’s the kind of song that you would describe as a “real head-banger” almost as if you were a rock star performing in Madison Square Gardens.

The song just gives off this air of confidence that, as a listener, seems to transfer to you.

You can almost see the drummer banging his drumsticks across his drum set while the song is playing. It makes me feel as if I’m at a concert, one of my favorite feelings in the whole world.

After looking more in depth into the lyrics, though, you can begin to piece the story behind them together. You can assume that it’s about his inner turmoil and how he has both angels and demons sitting on his shoulder telling him what to do and that he “is falling from Eden”—losing faith in the angels almost. He begins to talk about how “no one in the world can help [him] now” and that he’s fallen too far down to be helped.

The chorus seems to be how he copes with this feeling of burden.

The beginning lines of the chorus are cover his coping, and the second half are the consequences that later have to be dealt with because of past actions.

As much as I love Hossler’s TikToks, I’m glad he’s branching out into other creative outlets such as music. Both “Comatose” and “Angels & Demons” make me extremely excited to see what he is planning for the future of his music career.