The Central Trend • May 22, 2020 • https://thecentraltrend.com/86713/opinion/michelle-obamas-documentary-becoming-gave-me-hope-when-i-needed-it-most/

Michelle Obama’s documentary, Becoming, gave me hope when I needed it most 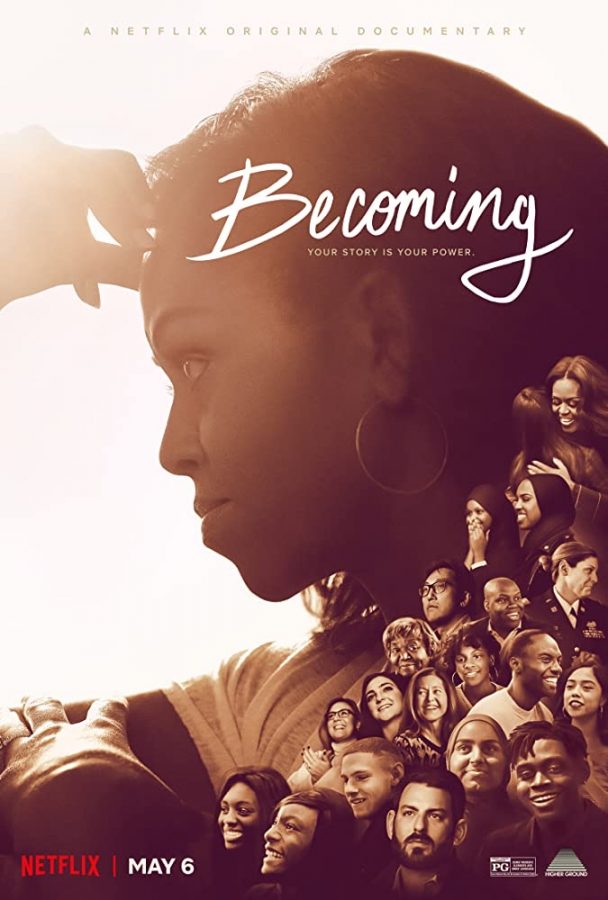 As I sat in that room of hardwood flooring, a fireplace, furniture, and memories of a loving family, I didn’t expect a documentary about Michelle Obama to feel so plain and simple. The interviews, the music, the clips from the news, it all painted Obama in such candid lighting.

Yet, she remained Michelle Obama.

As I watched, I realized that there was no secret to be told. There was no “gotcha” moment. There was no life-changing message that would make me view Michelle Obama differently forever. Netflix released Becoming the way it would release any other regular documentary: plain and simple.

But, it was perfect.

The documentary showcases Michelle Obama throughout her life from the very beginning: education, romance, being the first lady, being a mother, being a black woman, and being the target of a media that only wanted to hate. In every single interview, though, Obama handles each topic with such poise and intellect.

The story of Obama’s life is told by her own words during her book tour with interludes of private interviews, clips of her on stage, words from her close family and friends, and footage of her during her time as the first lady. The story flows so enchantingly and mellifluously that it feels as if she is talking to you.

It’s almost funny that Obama talks about these landmark historical events as if it was just another topic to chitchat about between friends. It’s serious, yes, but she also handles it with humor and humility and ease. It’s captivating to watch Michelle Obama as a human.

The stories she tells highlight the beauty of life, the intricacy of politics, the nature of family, and the hardships of existence. It was so refreshing to watch her be so honest, and she said it best herself. Early on in the documentary, she mentions how leaving the White House was difficult, but it was relieving to stop having to be perfect.

Throughout the 90-minute duration of Becoming, she told the stories of idolizing her father the way every kid does, and then, in the next minute, she was talking about how being elevated to one of the highest positions in America forced her to raise her family under microscopic scrutiny. She left no rock unturned. She left no story untold. She told everyone the things she’s always wanted to say with the words she has been waiting to use.

This documentary portrays Obama as a storyteller. We finally hear what she has been thinking for all these years. She unearths the discussions that were held behind closed doors. She brings to light the skeletons in her closet. She tells it how it is, and there’s no better way she could’ve done so.

Becoming is the story of how Michelle Obama became the First Lady of the United States.

Becoming is the story of how Michelle Obama made her way to Princeton and Harvard.

Becoming is the story of how a little girl named Michelle realized her potential.

Becoming is the story of Michelle Obama, plain and simple.