The Central Trend • May 29, 2020 • https://thecentraltrend.com/86848/opinion/the-red-and-blue-the-black-and-white-and-my-discovery-of-the-grey-area/

The red and blue, the black and white, and my discovery of the grey area 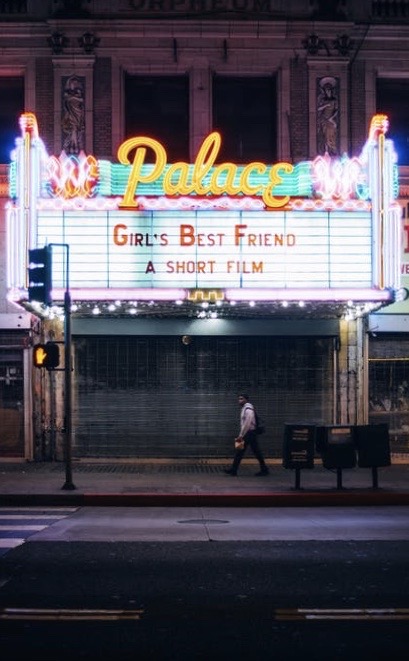 I’ve always sought adventure and accomplishment through the lens of eternity and inevitability. The way I walked was so integral to the mountains I was climbing, and the way I breathed was so important to the clouds, the air, and the wind. I’ve always felt that way, but what do you do when your glasses break?

What am I supposed to do when the glitzy gold landscape of my effervescent imagination turns to rust as my dreams are oxidized while my only option is to disregard luster in its essence? The lens through which I saw made everything justifiable, but I never experienced an instance where I wasn’t the instance. Until now, I’ve always been perfect.

The sad part about seeing life through smoke-filled goggles is the fact that everything I’ve ever grasped for has been perfectly in my reach. I’ve always used my other senses to encapsulate the radii of my potential, but this year that all changed. I was forced to invest in my imagination and decide my own potential instead of letting others do it for me.

And, while I was wrong, it doesn’t feel justified. My lens—my goggles—despite being shattered, were still with me, urging me to find meaning in the ruin of glory. What could’ve happened that resulted in this? What could’ve changed this? What did I do?

Unfortunately for the convenience of my comfort, there was nothing I could do. Everything fell apart because I wasn’t in control. My smashed glasses in my pocket now symbolize how unfair it is to lose the moments you’ve been yearning for. My smashed glasses now pale in comparison to the eyelashes stuck in others’ eyes, because, while we both are experiencing inconveniences, theirs hurts in the present.

Tears aren’t shed for the dead of tomorrow.

Tears aren’t shed for the ones who aren’t crying already.

My deepest consolations sit in a reserved, tender movie theatre seat, basking in the glory of crumbling emotional infrastructure. Yet my coarsest desolations are encroaching upon the theatre, inching off of the marquee and being purged from the concession stands.

Despite the dead of tomorrow being alive, they aren’t hopeful.

But, worst of all, they aren’t hopeless.

As the dreams caught in my glasses dissipated, my eyes acquainted themselves with the nightmares I’ve only ever been apathetically privy to. My subtle sadness and understanding were now not cutting it. The nightmares outside the movie theatre are now on the screen.

While I may not have my glasses, my monocle, or a pair of 3-D glasses, I still have my eyes. I still have the horrible, horrible gift of reality.

While I may no longer be blinded by ignorance, the ignorance is blinding, and, as expected, it hurts.