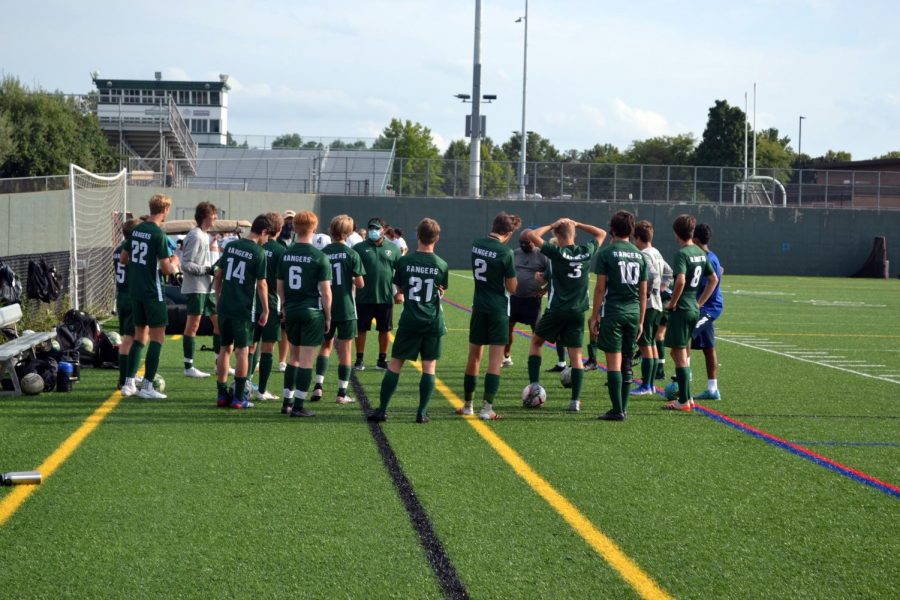 The boys varsity soccer team competed in their first game of the season at Lowell but fell 2-1 to the Red Arrows. Despite the harsh weather conditions, both teams fought from start to finish, leaving a very entertaining game in their wake.

The Rangers started off the game with overwhelming control of the game, but a few slip-ups led to opportunities for the Red Arrows. In the 30th minute, FHC lost control of the ball and gave their opponent a somewhat open goal, putting them up 1-0 early in the game. After a few narrowly missed shots by the Rangers, the whistle blew to signal halftime.

Sophomore Noah Gleason was the leading forward in tonight’s game with five quality shots on net. Despite the struggles on defense, the Rangers found great success with their speed and chemistry on the offensive end. Noah’s success was aided by junior midfielder Ben Taylor, who created many chances for the offense as well. On the defensive end, senior captain Mason Corcoran and junior Jayden Savin managed to form a blockade as the outside backs, disrupting many chances for the Red Arrows as they attempted to play through their wide players.

“Overall, I was pleased with the team and the plan we put in place,” head coach Paul Kramer said. “We need to finish our chances and clean up our mistakes, but I’m proud of our boys.”

Despite the very young lineup—one with only three seniors on the entire roster—the Rangers fought hard and played very well as a team. They are now 0-1 in both the OK White and in the regular season. Their next game is against Grand Rapids Christian at home on Friday, September 11 at 5.