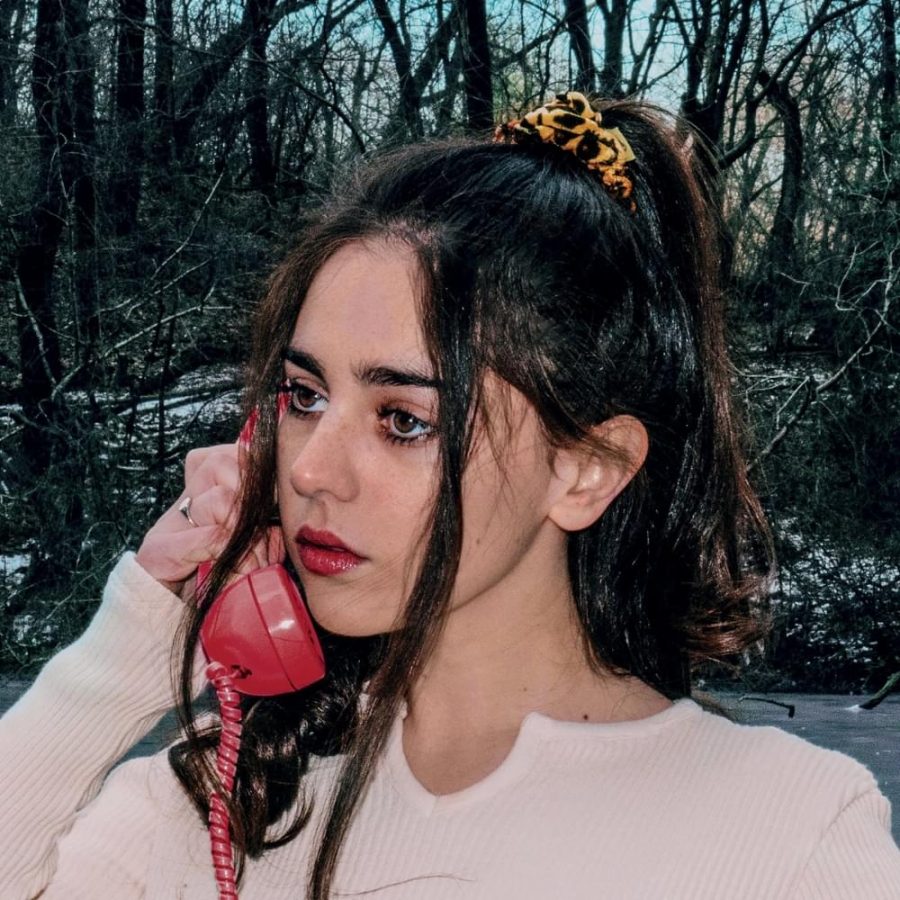 Seeing an artist live with no prior knowledge of their sound is such a gift that it’s like fireworks on Christmas, and when Samia opened for Hippo Campus wearing an oversized T-shirt, biker shorts, and Doc Martens, I had a sneaking suspicion that I would love her. Having first discovered her at that concert two years ago, Samia’s angelic singles have consistently made their way into my playlists ever since that live performance.

Her haunting single “Welcome to Eden” resided in my heart for two years—the ghostly melancholy was even more chilling a few feet away from the stage—and it’s a song that I associate with Samia the most.

So when The Baby, her latest album, was released, I quite literally stopped what I was doing in that moment and listened to the eleven songs in order.

“Pool” began the indelible album, and it set a deliberate tone for the eleven emotionally-charged songs. Like walking underwater, positioned on the floor of the world amongst the murky blues and greens, the opener of the album is that slow movement. It’s a muffled trudge with no clear end in sight. With drawn-out lyrics, a steady underwater synth, and Samia’s hushed whispers and contrasting mournful cries, “Pool” is a siren song, and it is a beautifully haunting opener to the album.

Samia picks up the pace in “Big Wheel,” which is more of a light breeze on a sunny summer day. Her airy vocals paired with the acoustic guitar create more of a gallop—a skip—through an endless open field, the grass warmed by the kind, steady rays of the summer sun.

Samia’s breezy voice tells the story of her lack of relatability with old friends and how her newfound growth has driven her miles away from people in her past. A song for driving on familiar roads with unfamiliar people, for overlooking the town that watched you grow up, and for running through those endless fields, “Big Wheel” is a scornfully sunny tune that followed one of my favorite tracks of the album.

Heavy with social commentary on topics such as diet culture, the toxicity of Hollywood, life and death, and coming of age, Samia’s debut album tackles these topics with grace. Poetically poised, lyrically honest, and as self-aware as ever, each song tells a personal tale from Samia’s life with emotionally-charged lyrics that are painfully relatable.

“Fit n Full” holds the same melancholic weight as “Pool,” yet it disguises that heavy emotional vulnerability with a glimmering chorus and upbeat guitars. The hushed tones of sparkling confidence hidden beneath the overwhelming cries of shame create a realistic depiction of just a single day living with body image issues, especially when you’re in an environment that promotes some of those unhealthy patterns.

Growing up in Los Angeles and New York, Samia was no stranger to the toxicity of dieting and the lifestyle that it promotes, and she admitted that “the words ‘fit’ and ‘full’ have always felt mutually exclusive.” Writing this song while living in the East Village, she shared that she was “so overwhelmed by the magic and culture around [her] and literally only capable of thinking about my body.”

A cry, a declaration, and a painfully realistic portrayal of an average day living in her shoes, “Fit n Full” used glimmering guitars and a sparkly chorus to disguise the harsh reality of her lyrics, sharing just one chapter of her very full story.

Exposed to the shallowness of show business throughout her life, Samia observes the anguishing aspects of Hollywood in the closer of the album. Specifically mourning the death of young actors, she sings as if she’s reciting a eulogy; it’s somber, it’s painful, and it simply is a cry.

The lyrics “Now you’re deathless in art/you’ve got this and the movies and also my love/you can have it all baby, I’m giving it up” close the eleven-song album with that same melancholic feel of the opening lyrics of “Pool.”

Full of emotion, commentary, and small chapters of Samia’s vast life, The Baby is everything: cries, screams, pools, fields, roads, words, all made even more special with the images of her dancing on that stage at the concert two years ago, The Baby is an ageless, timeless album made relatable through her poetically haunting lyricism.