Senior Morgan Verus finds relaxation and self-confidence through an activity most people would find exhausting. 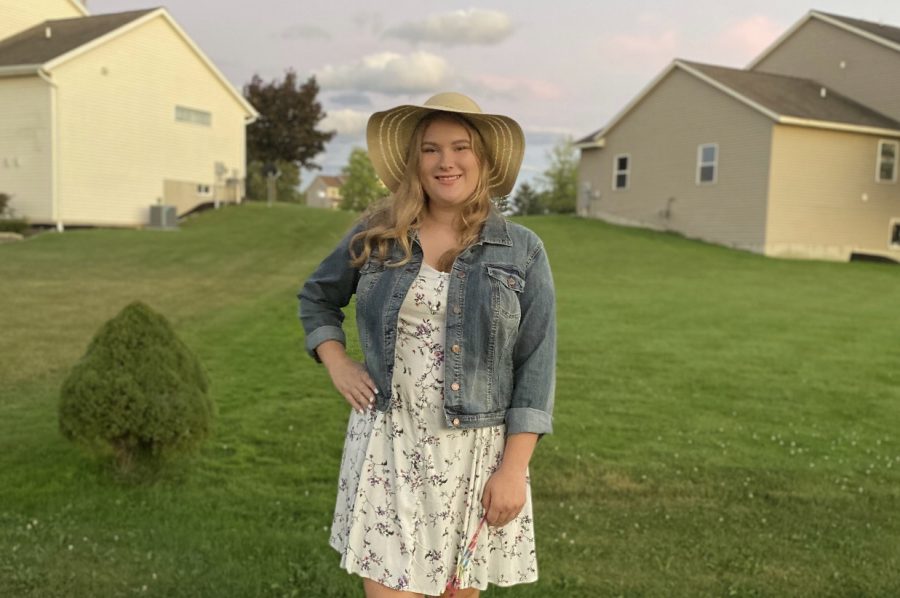 We all have that one thing that calms us down, clears our minds, and allows for more positive thoughts. For some, it might be a hot bath, and for others it might be a nap. These are all relatively soothing things, but senior Morgan Verus would rather find her peace of mind through weightlifting.

“After [weightlifting], you get a good feeling knowing that you put in a good workout,” Morgan said. “You just feel relaxed, yet powerful, knowing that the harder the workout was, the better the results after.”

In addition to giving her peace, Morgan has found that weightlifting has given her strength–both mentally and physically–to push through hard times.

Finding inward strength is not an easy task, so when Morgan did find her passion for working out, it helped her self-confidence immensely.

“[When] I was in fifth or sixth grade, I went through some bullying,” Morgan said. “It ended up giving me bad self esteem, but through working out, I feel better. [It’s] like I’m doing something, and I am stronger because of it.”

The high school experience can be exhausting. There’s pressure and high expectations that sometimes people don’t know how to reach. Students often find themselves overwhelmed and potentially angry, but Morgan found a way of dealing with these emotions that doesn’t hurt anyone—a way that benefits both her and her cheerleading teammates.

As this is her senior year, Morgan is well-versed in the difficulties of high school. However, when she has a bad day, she refuses to just sit there and accept it. She goes out and does something about it.

“I push through whatever emotion I’m feeling from the trauma of that day,” Morgan said. “[Weightlifting] helps me get it all out. It’s almost like a good anger therapy. You can put all your effort and energy into something that will help you in life.”

Morgan has found that working out is all about the mindset. Rather than viewing it as a choice, she believes you have to think of it as an asset—a way to help yourself when the alternative is hurting not only your state of mind, but also other people’s feelings.

She spends a lot of her time at the gym, which is easy to access and has always been an integral part of both her life and her family’s. She feels that it’s always a viable option when feeling overwhelmed, and it’s even better when she goes with her family.

Going to MVP with her family is actually how she discovered working out.

“[My family] went [to the gym] a lot before COVID,” Morgan said. “At least three or four times a week. Even if we were all busy, I would still try to go, even if it was just to do a couple things. I believe it is better to do a couple things at the gym than nothing at all, and I still feel good after.”

The mental benefits of working out are vast, but everything Morgan does with her athletics has made her stronger. Through many years of going to the weight room or hitting the gym, Morgan now finds herself with the ability to feel more powerful in everyday life doing normal things.

“[Working out so much] has made simpler tasks easier, and hard tasks even more doable,” Morgan said, “like carrying stuff around, or when I’m welding in class. For KCTC we have to lift a lot of heavy steel and stuff like that, so it’s just made stuff like that easier to do.”

Morgan has unearthed so many amazing and complex emotions through working out. She finally feels powerful inside and out, and she has an outlet for when she wants to be relaxed, but above anything else, she has found self-confidence in an activity that most would find exhausting.

“Sports and athleticism always have and always will be a part of my life,” Morgan said. “You can put negative emotions in and get positive results. That’s why I love it so much.”