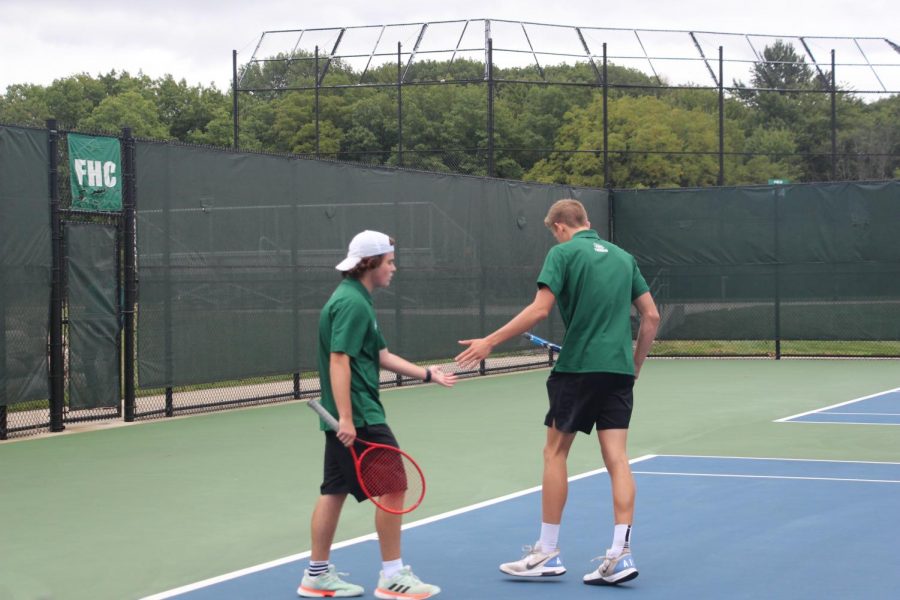 The boys varsity tennis team competed in a quad match this past Saturday. However, due to the weather, it rained before they could play Traverse City St. Francis, and that has been rescheduled for the 26th of September. Singles and doubles matches were played at different locations, doubles being played at home and singles at Northpointe Christian. The team tied 4-4 against Portage Central and lost 6-1 against Ann Arbor Greenhills, the defending state champions.

Senior Chris Battiste and Junior Cully Herbert dominated the court and beat Ann Arbor Greenhills in their one doubles match. The duo won in two sets, going 6-3 and then 6-2. The other players all fought hard but unfortunately all lost to the Gryphons.

The boys continued to fight hard and ended up tying 4-4 against the Portage Central Mustangs. Senior Jeremy James only lost one game to his opponent during his two singles match. He went 6-1 and 6-0 for the two sets. The two doubles team, consisting of senior Nick Stockenauer and Junior Walker Sjloin, beat the Mustangs 6-3 and then 6-4 to help the Rangers tie up the overall score.

The team will continue their season with a dual match against the Grand Rapids Christian Eagles later this afternoon at home.