Stability that has never wavered 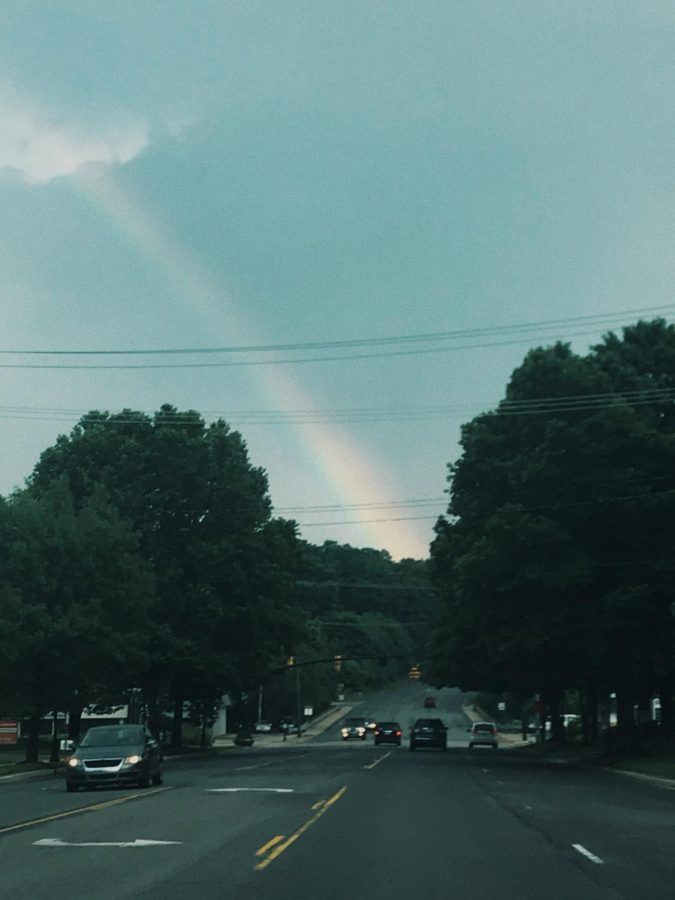 This is one of my favorite photos; I don't know why, because I took it while driving so it's honestly kind of blurry. But I like it, and there's probably some relation between my column and this photo.

Everything, and I mean everything, reminds me of the past.

A tattered sweatshirt—now ruined from an unfortunate load of laundry—always, always, always sends me back to a cold December day years ago. One look at that sweatshirt, one tug at the sleeves that I always roll exactly twice, and one feel of the yellow patch in the left corner never fail to transport me back to a time that I’ll never fully forget.

It’s sweatshirts like these that always keep one of my feet in moments from one, two, even three years ago and the other in the moments of now—of today. I truly am always taking one step forward while looking back at my other leg going the completely opposite direction.

It’s songs, scents, foods, restaurants, houses, streets, books—it’s so many objects and feelings that drown me in this raging nostalgia.

For the past four years, The Central Trend and everything it encompasses—the newspaper itself, the people, the room—has, in a way, saved me. Writing for this newspaper, meeting all the people who have become like family, and spending almost 1,000 days in the sanctuary of Room 139 (yes, I did actually do the math) has, in some way or another, grounded me.

Because in a world of constant change, and, more specifically my world of never-ending nostalgia, TCT has always been a constant.

Whether it’s the sometimes four stories I post a week keeping me busy and looking ahead, the room I somehow always find myself in despite only having a spare minute between classes, or—and perhaps this is the most important one—the people I have met through this class, The Central Trend and all it encompasses have given me its all.

Whether or not I was there, TCT was. More often than not, I was stuck in some stupid memory years ago, but TCT never judged, for it was the one thing pushing me forward, even when I was reluctant.

I’ll never be able to properly thank sophomore year staff, the three editors I wrote my college essay about, last year’s co-editors and close friends, the bald man who is always checking in, and Lynlee Derrick, especially, for everything.

For now, though, I am attempting to offer just a couple hundred words of gratitude to TCT in this column. Thank you, in simplest terms, for allowing me to pursue a passion, for grounding me, for never judging my inability to just be in the moment, and for giving me hope for a future in which I write for a living. Because while I’ll probably always have one foot in the past, it is because of The Central Trend that I am able to push forward—even when I’d rather not.