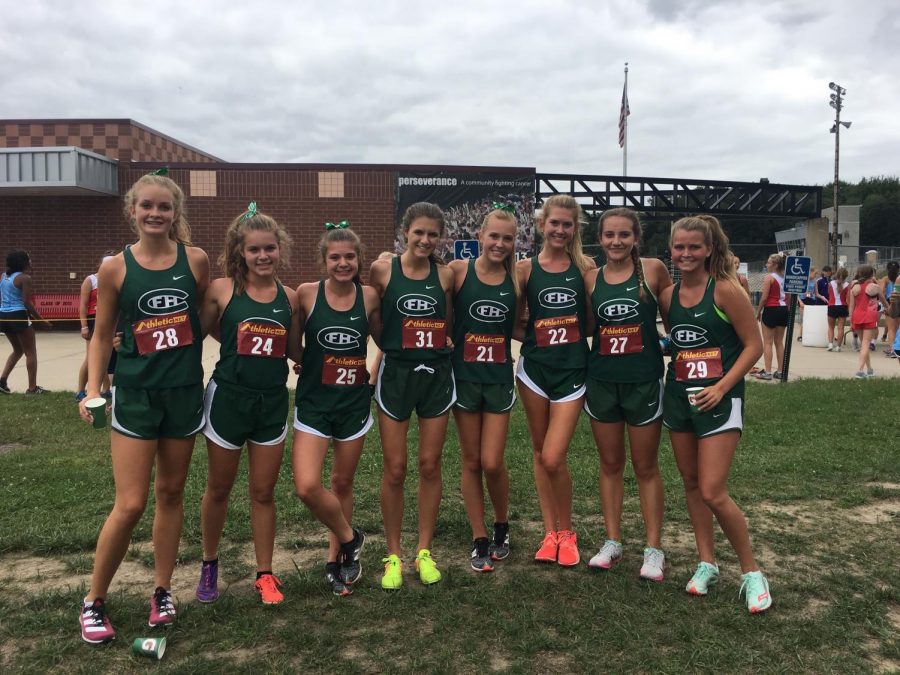 Both cross country teams traveled to Riverside Park for the Ottawa Hills invite last Friday, and neither team disappointed. The girls team took first place, while the boys barely came in fourth and were just shy of the second and third-place finishers. Both teams had many personal records and greatly improved on their first jamboree.

“Both teams did very well,” senior Kyle James-Heer said. “The guys have shown huge improvement since the last jamboree, and the girls continue with their momentum as they won last Friday.”

The girls took off next in section one of three, and they started from where they left off in the first OK White Jamboree last Wednesday. The Rangers had three finishers in the top 10 and four in the top 15. The top finisher for the Rangers was freshman Clara James-Heer. She finished first in her section with a time of 18 minutes and 6 seconds. The next finishers were senior Whitney Currie, freshman Peyton Ludwig, and junior Claire Richardson. The Lady Rangers ran away with their first win of the year as a team, beating out second place Portage Central by 17 points.

“Overall, it was a great day for us,” head coach Ryan Schipper said. “We had a great day on the ladies side and on the guys side. We are now moving onto next Wednesday’s meet and are looking toward to improving over the week.”

The Rangers will go onto face Northview at home. The event will be on Wednesday, September 23rd at 3:45 PM at Thornapple Pointe.