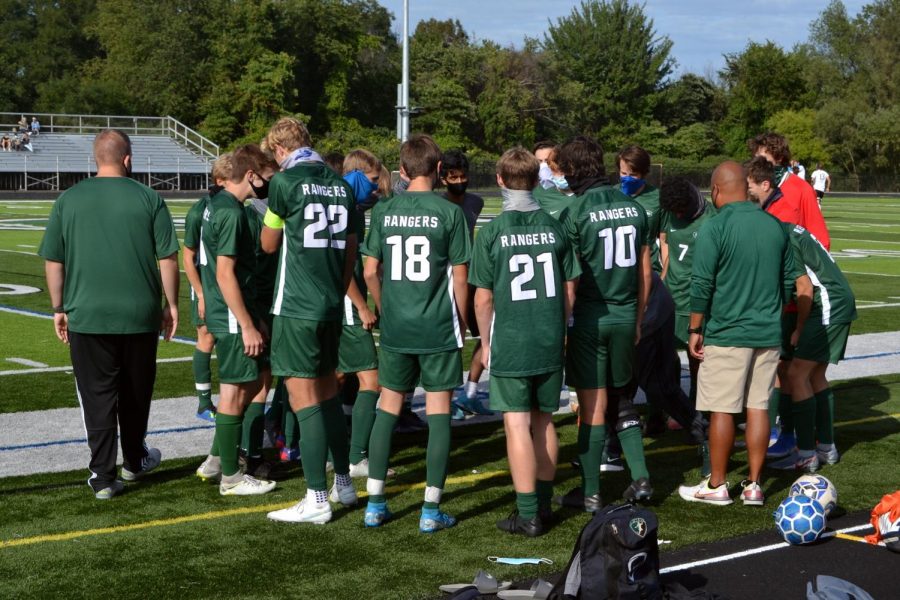 The defense showed immense talent, and proved crucial to the Rangers in their 2-0 win against Portage Northern. In a thrilling match, the Rangers found their stride as they crushed the opposing team, resulting in their second win of the season.

“As a team, we made the commitment to have our defense create our offense on Saturday, and it worked brilliantly,” head coach Paul Kramer said. “We defended like our lives depended on it, and when we won possession, we started a number of counterattacks that led to opportunities down the stretch.”

The first half started off beautifully for the Rangers, as they began the game with the momentum. This match stayed in possession of FHC for the majority of the first half, which gave them many chances on net. One of them was thanks to freshman Roman Brummel, who was on the arrowhead of one of the teams piercing counterattacks. In this one, he managed to get a rebounded shot off of the goalie’s hands, and buried it into the net to put the Rangers up 1-0 at half.

The second half carried much of the same theme, as the Ranger defense and midfield created chance after chance for the offense. Sophomore Myles Shoham and junior Sam Kelly were two key parts to the team in this one. They led the way for the backfield, which resulted in yet another goal by sophomore Omar Hadzimujic from the far corner. This drained the opposing team, and allowed for a smooth close to the game, and another Ranger victory.

The boys now roll to 2-6 in regular season play, and face off against Greenville on Monday, September 27.