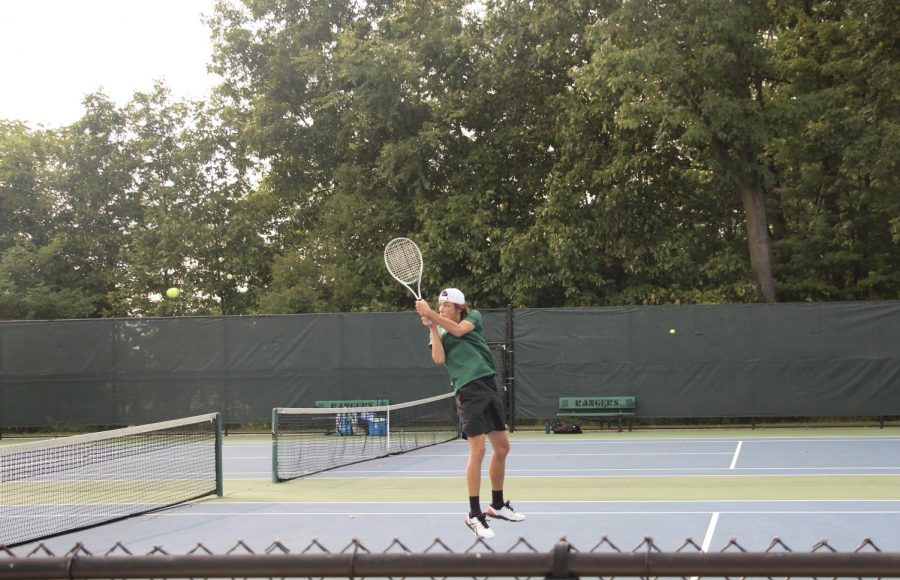 On Tuesday, the boys had their final regular season match against Forest Hills Northern. The team had been anticipating this match all season, and was ready to play on Monday, but due the weather conditions, the match was postponed until Tuesday. With help from one and two singles players, the team was able to put up two points against the Huskies, providing a final score of 6-2.

Two singles player senior Jeremy James had an amazing match against his opponent. Jeremy only let his opposition win two games in their entire match. He went 6-2 and 6-0 for the day. Also helping the Rangers, was one singles player sophomore Sammy Yin. Sammy started off his match well, winning his first set 6-3. Although Sammy fell 6-4 in the next match against his opponent. Going into the third set, Sammy was determined to beat his competition and he did exactly that. Sammy won the third set 6-3, providing another point for the Rangers.

Over on the doubles side, the one doubles team of senior Chris Battiste and junior Cully Herbert had quite the match. After losing the first set 6-1, the boys rallied and won the second set 7-5. Unfortunately the duo lost the third set with a very close score of 7-6. The Huskies are the defending division two state champions, so any points scored against them are very impressive.

The boys will finish their regular season with an amazing record of 17-2-4, only having lost to defending state champion teams, Forest Hills Northern and Ann Arbor Greenhills. The boys will head to their OK White conference tournament this Friday, October 2 starting at 9 am.