The story of the Bull’s Franchise – Part 1 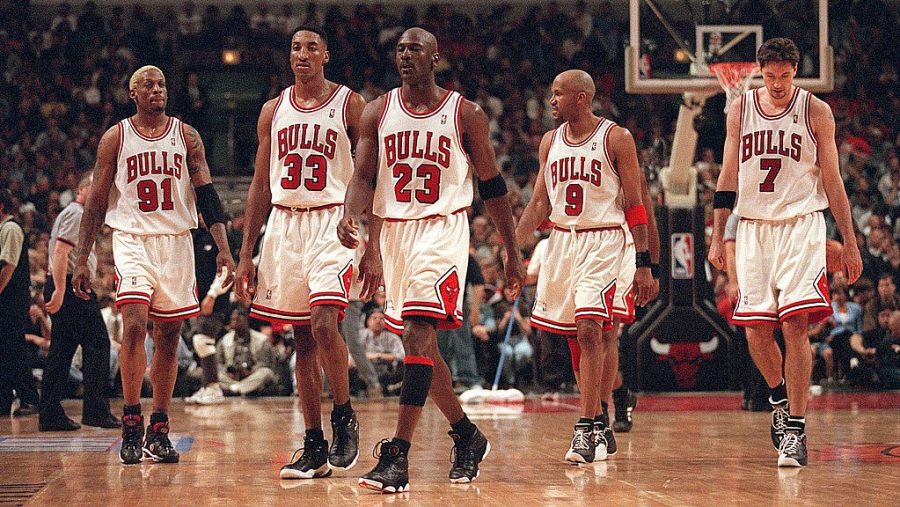 When the Chicago Bulls franchise started in 1966, it seemed as if they were just chasing the Lakers and Celtics who had already been in the NBA for 20 years. Over the next 20 years, the Bulls and General Manager Rod Thorn attempted to build possibly the greatest roster ever assembled. The Bulls’ first good draft pick in 1976 was Artis Gilmore out of Gardner Webb University. These still weren’t the Bull’s best years by any means, but it was a good starting point and the Bulls wanted to build a roster around Gilmore. In the first two seasons of Gilmore’s career, it seemed as if the Bulls made the right moves and made the playoffs both years. They would eventually lose in the playoffs, but it was a great starting point for the young franchise and Gilmore. After many playoff appearances, the Bulls started to go downhill, not making the playoffs until 1981 after a loss in the Eastern Conference Semifinals. Rod Thorn had a solid roster but knew it wasn’t a championship caliber team. It seemed like he needed just one more piece to complete his roster. When the 1984 NBA draft rolled around, the Bull’s had the third pick and were set on picking Michael Jordan. The Houston Rockets had the first pick and chose Hakeem Olajuwon. The Portland Trail Blazers were next up, and had to make a decision to choose Sam Bowie or Michael Jordan. They ended up making a tough decision and chose Bowie over Jordan. The Bulls celebrated as they knew they had just gotten who they wanted. It seemed almost perfect and the Bulls couldn’t have been happier.

Jordan’s rookie season went beautifully, as the Bulls posted a 38-44 record and made the playoffs. Jordan also won rookie of the year, and it seemed like the Bulls were finally starting to build a championship roster. Over the next 5 years, they made the playoffs but still could not make it to the championship. In 1986, the Bulls played the legendary Boston Celtics—the one seed in the East. The Bulls would lose the game, but it will still never be forgotten, as Jordan recorded a playoff record 63 points. Although the Bulls lost the series, this type of play from Jordan gave him the respect he needed from the league. A couple years later in 1990, the Bulls posted the best record they had in awhile, going 55-27—third in the Eastern conference. After rolling through the first two rounds of the playoffs, the Bulls went into a very tough Eastern Conference finals against the defending champions, the Detroit Pistons. The Pistons, also known as the “Bad Boys” for their rugged and dirty play, were the one seed in the East. The Bulls had a very good roster this year, and they knew they had a solid chance. The series went back and forth, until there was a game seven in Detroit. If the Bulls won this game, this would be their first NBA finals appearance ever. Unfortunately, the Bulls would lose this game and go home empty handed once again.

The Bulls were sick of coming up short, and in the 90-91 season, they knew it was their time to shine. The Bulls finished with a 61-21 record and finished 1st in the East. They cruised past the first three rounds of the playoffs, and finally they made it to the finals against another powerhouse team: the Los Angeles Lakers. This Lakers team was solid, but the Bulls were extremely confident in their chance to win this year. With Michael Jordan playing at his best and Scottie Pippen right behind him, it seemed that this would be easy for the Bulls, but it wasn’t. The Bulls lost the first game at home by 2 points. At this point, it seemed as if the Bulls just couldn’t do well when it really counted. Going into game two, Michael and Scottie both had enough and knew they had to play perfect for them to win. They did just that. The Bulls won huge, 107-86, behind Jordan’s 33 points. The Bulls knew they had the talent and everything they needed to win this series. When the they traveled to Los Angeles, it was clear they needed a big road win, specially in a place like Los Angeles. Magic Johnson and James Worthy were really the only threats that the Bulls needed to focus on. With Magic Johnson starting to get older and his age showing in his performance, the Bulls knew it was their best chance to win a title. Chicago won game 3 and game 4, and were down to a game 5. With the momentum and energy the Bulls had, it seemed that they couldn’t be stopped. They knew they had this series in the bag, and with one more great performance by Jordan, they would get their first title. During this game, both Jordan and Pippen couldn’t be stopped and the Lakers just couldn’t keep up. They had chances, but they didn’t have the talent the Bulls had and came up short 108-101. Michael and Scottie both finished with 30 plus point performances, and the Bulls celebrated and were elated to win their first title. This would not be the end of the road for them, though, with Jordan and Pippen still in their prime, this was just the start of a new chapter for the Bull’s organization.