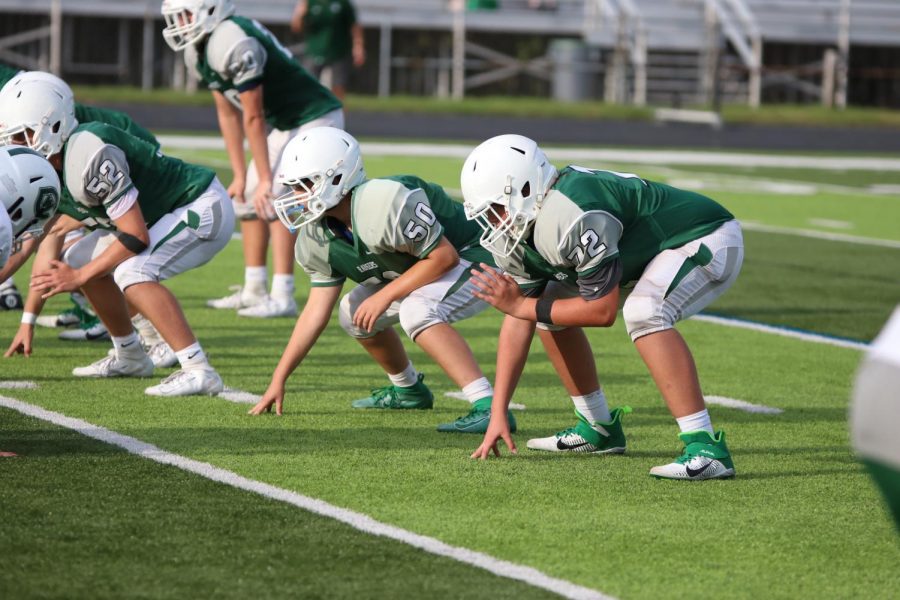 This Wednesday, the freshman football team faced off against FHN. It is what people call “Northern week.” The Rangers came into the game knowing it was going to be a battle with several players out with injuries. It took a couple of tries, but the Rangers started to get things to click on both sides of the ball.

With multiple stops throughout the first half, the Rangers couldn’t seem to get things to click offensively at first. Freshman linebacker Nolan Hartl was a huge impact player in this game, making plays and being at the right spot at the right time. Other key players were freshman quarterback Mason McDonald and freshman guard David Galloway.

“I thought the guys worked together and not individually, and that is the reason we won the game,” David said.

The Rangers were dominating the whole game with pancake blocks, long runs, and perfect passes to help the team secure the 32-15 win. Coming out of halftime, the Rangers were firing on all cylinders despite the 9-6 deficit.

There were huge third-down stops on defense and chains moving effectively on offense. Freshman running back JT Hartman came out ready to go. On first down in the red zone, he took the handoff from Mason and lowered his shoulder into the Northern linebacker and scored a touchdown. Then, with the Rangers leading 12-9 with 3:51 left in the third quarter, JT rushed left to the outside from the 7-yard line and scored without being touched.

All of the sudden, the Huskies were in the redzone. The third quarter ended, and the Rangers were holding up. A stop by Chase Enbody on 4th and goal gave the Rangers the ball with limited space to work with. Hartman bounced outside to the right and got an 18-yard first down. With the Huskies slowing down and their players starting to get gassed, the Rangers start to move the chains, and the offense kept doing their thing. With 8:12 to go in the 4th quarter, freshman wide receiver Mehki Copes scored on an end-around for his first touchdown of the season.

Freshman Sheldon Thomas, a newcomer to the school and the sport of football, is a huge threat when he gets to the outside. With a minute and a half remaining in the fourth quarter, he broke free and shook off a couple of defenders, scoring a 65-yard touchdown run that was called back for holding on the offense. The very next play, head coach Ty Hallock called the same play, just to the other side. The same outcome happened, and Thomas turned on the jets for a 70-yard touchdown, making the score 32-9.  The Huskies came back down with very little time remaining and scored a last-minute touchdown with a missed extra point, making the final score 32-15. Mason was pleased with the result, noting the team’s ability to keep their heads throughout the contest.

“I thought we did a great job not getting upset after a bad play or mistake,” Mason said postgame.

This win brings the Rangers’ record to 2-0. The Rangers will face the Byron Center Bulldogs next week, which will be a very good game with two very talented teams.