Sophomore Summer Wu used quarantine as a chance to get creative 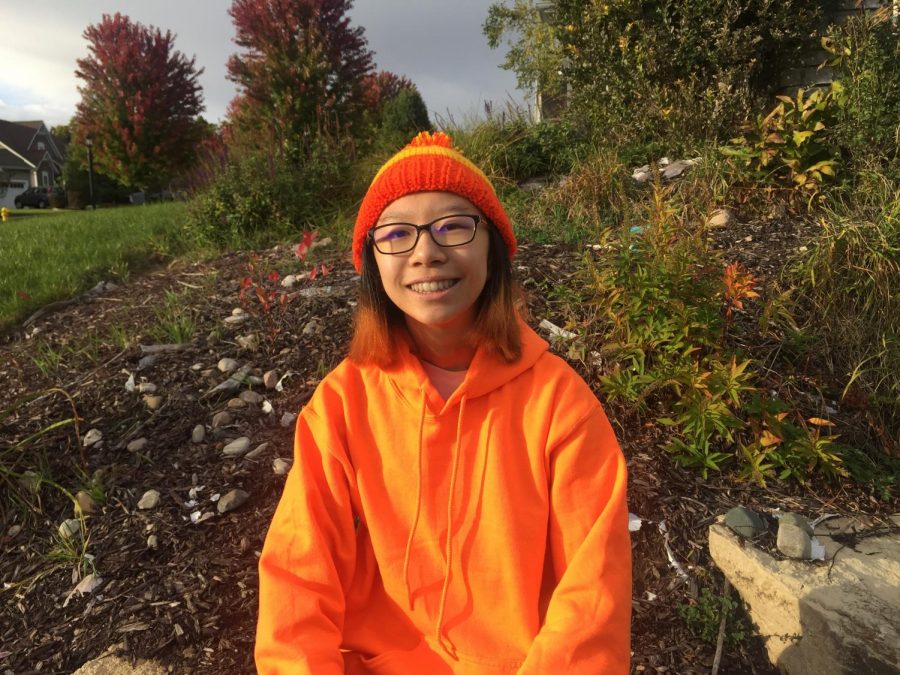 The white app with a red play button was a frequently visited source of information over quarantine for sophomore Summer Wu.

With countless hours to fill since March, Summer took it upon herself to access her creative side and explore some unknown passions with her newfound time.

She claims to not be an artist by any means, but she didn’t let that stop her from filling her free time with art projects.

“I’ve always had a creative side,” Summer said, “but it was only during late quarantine that I really explored it. I’m definitely not good at art—I know zero techniques or anything—but that doesn’t matter to me in the slightest because I do it purely for enjoyment.”

Quarantine gave Summer the chance to focus her creative energy on one or two specific areas of practice instead of art as a whole. She spent time painting, but she also found out that she loves making dioramas.

These dioramas are essentially miniature recreations of scenes that can be from nature, a historical event, or anything the creator can envision. They can be thought of as 3D models of an event—as if they are a chunk out of time itself.

“I got into making dioramas by watching lots of YouTube videos of a guy making his own dinosaur dioramas,” Summer said, “and, at one point over the summer, I simply got sick of watching and wanted to try it out myself.”

Trying these out for herself, she perfected the two main components dioramas are made of.

They consist of a plaster-like base that is the center, and Summer uses a mixture of Fix-It-All and water to create the beginning part of her masterpieces. She then uses an epoxy resin to look like water on her dinosaur inspired diorama. Yet these materials weren’t cheap.

“I spent a week doing a bunch of chores,” Summer said. “Diorama materials are expensive. [Then] I made my first one, mimicking one from one of the YouTube videos. Though there are panic-filled moments when something goes wrong, I find the overall process very relaxing and enjoyable.”

On top of needing to mix a base and epoxy resin, Summer also uses fake foliage and rocks, paints over the base, and adds water ripple effects to give her creations a realistic element. In her most recent diorama, she took on the challenge of a prehistoric scene. 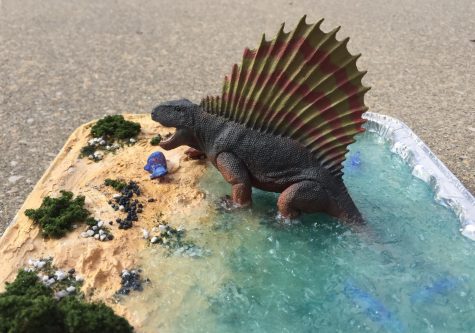 The diorama pictured above showcases her latest venture: a dinosaur figurine encapsulated in a lake, as if it’s a chunk out of time itself.

While starting a new project or taking on a difficult challenge can be daunting—like teaching herself how to make dioramas—Summer doesn’t like to let that feeling stop her from trying exciting and new things.

“I would advise pursuing all of your interests in some way or another,” Summer said. “Even the seemingly unimportant ones, like playing a board game or learning to skate, can help you make connections with people as well as be a great free-time activity or stress reliever.”

Dioramas appeared daunting to Summer at first, and so did taking challenging classes, but Summer is determined to not let anything stop her from accomplishing what she wants to attain.

“Don’t be afraid of hard classes or extracurriculars either,” Summer said, “because everything you do right now [can] deepen your true interests and eventually lead to a future career and life.”

Because of this, Summer loves challenging herself academically by taking difficult classes such as Symphony Orchestra, AP World History, Pre-Calculus, Honors English 10, and AP Chemistry, and she tries not to let her drive to puzzle herself and her need to continuously challenge herself define her as a person.

“I know my schedule and grades make me easily characterized as ‘the Smart Kid,’ but I really don’t identify with that,” Summer said. “I’m just me, a kid who loves the color orange almost too much and says dumb stuff all the time with friends. I have many things that I enjoy in life; one of them just happens to be challenging myself in academics.”