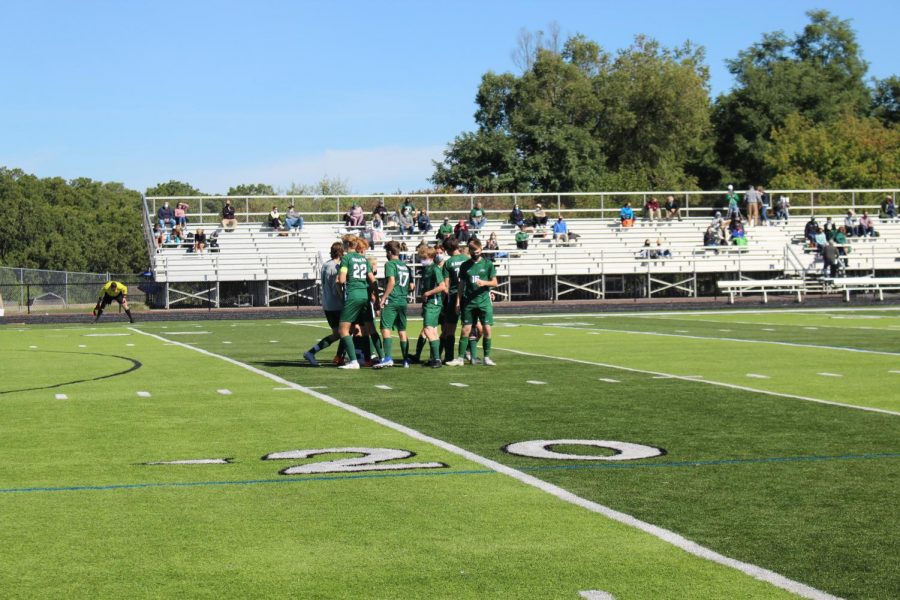 After a tough loss to conference rival East Grand Rapids several weeks ago, the boys were back but this time in Pioneer territory. The last time they met, the Rangers fell 3-0 in a back-and-forth match to their opposition in a thrilling match. This time, the boys couldn’t quite keep up as they fell 4-0 with little to no shots on net.

Senior captain Matthew Mahoney was at the helm of the Rangers in this game, communicating on defense and offense as well as creating chances down the stretch for his team. Assisting him was senior captain Mason Corcoran who was leading the defense, who kept the opposing offense out of the net until just before halftime.

The first half consisted of solid midfield and defensive play from FHC. They had all the pieces of the puzzle except for their striking force, which didn’t have many opportunities up the field. The Pioneers maintained pressure throughout the first half but were stopped possession after possession by the Ranger defense. After each stop, FHC would boot the ball upfield to a sprinting forward—likely sophomores Noah Gleason or Andrew Novay—but no goals came from it this game. Usually, the Rangers’ game plan is centered around their counterattacks, which often result in goals, but in this game, there were none.

After a long, slow 34 minutes, the Pioneers finally scored after an unfortunate miscue for the Ranger defense. This goal was huge as it gave East the momentum to enter the second half.

“That goal was heartbreaking,” Mason said. “To work that hard all half and then have a goal scored against us to close out our defensive performance was devastating.”

Despite the last-minute goal from the Pioneers, FHC held strong well into the second half. The majority sophomore midfield for the Rangers played maintaining some possession against the opposition. The defense complimented the rest of the team, as they absorbed the home team’s offensive strikes and allowed for contested shots only. This worked up until the last 20 minutes when EGR managed an open shot after a quick counterattack, putting them up 2-0. After that, it was over, as the Pioneers closed the game out with two more goals, certifying their victory 4-0.

This match was the first round of the OK White Conference Tournament and placed the Rangers at 0-1 so far in the contest. FHC now faces Byron Center on Wednesday, October 7 in Bulldogs territory in a much-needed win.